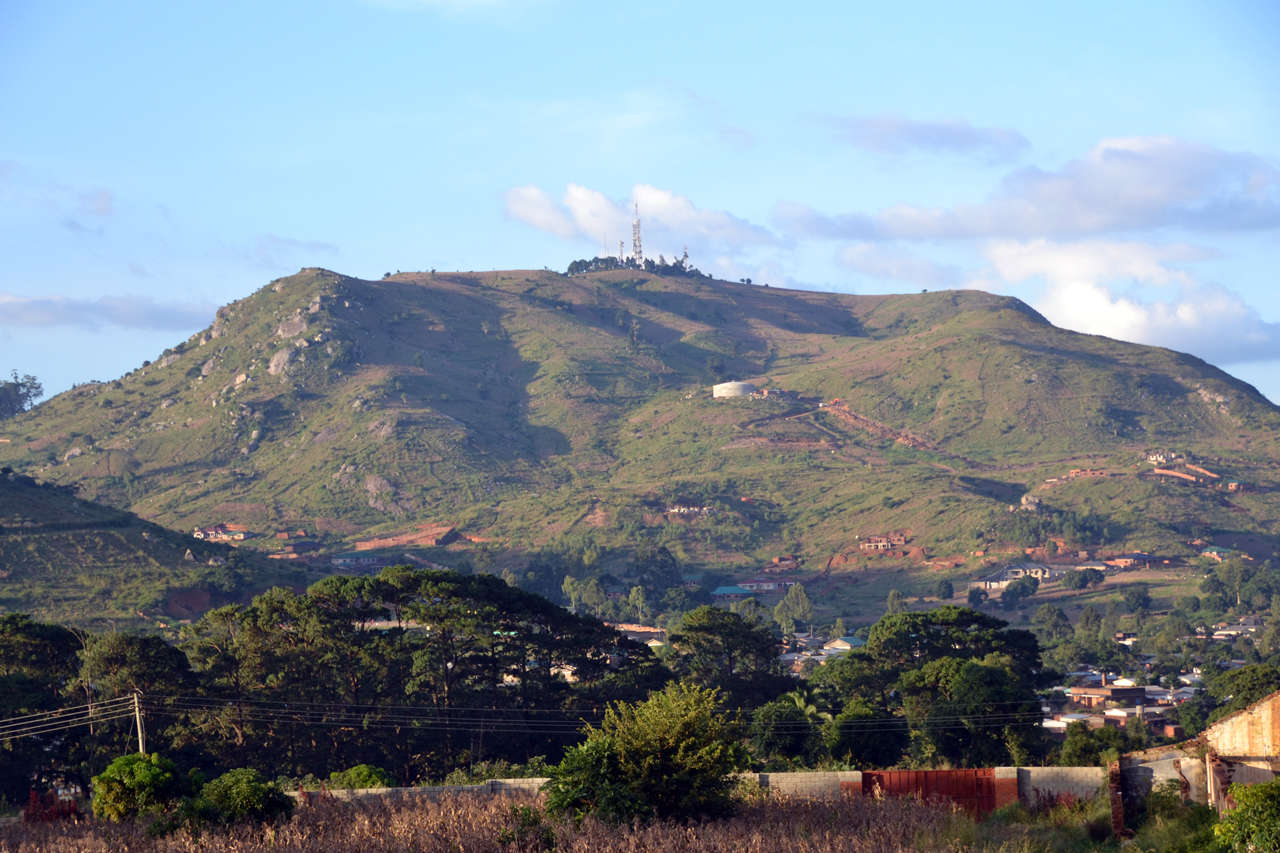 The Mt Mpingwe peaks hike is a short day outing near Blantyre/Limbe, in Southern Malawi. I provide details that include maps, logistics and links to additional details and GPS data. This is a self-guided adventure on a shoestring. Follow the links to dig deeper into the adventure.

This is a hike that was confusing because there is no longer any form of a hiking trail up to or between the two peaks. There are however, lots of paths through farming plots that reach to within 10m of each peak though. Plus about half way up the eastern side (Bangwe township) there is now a large water tank, a new dirt road and endless construction of new large walled-in homes. Also, there is a maintenance road to the towers from NE Limbe. 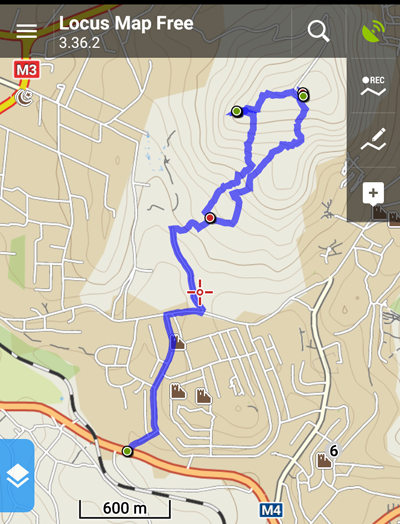 So why did I even bother? I was living in the Limbe area (across from the Limbe Country Club) and Mt Mpingwe is a daily sight with its exposed slopes and towers on peak. Plus it looked pretty easy to access and a short walk from my place.

I walked south down M4 from the last round-about in Limbe, crossed the railway tracks and turned left on Mapingwe Rd (across from the chicken feed factory). I followed the paved road through the township towards to mountain. At the T junction I turned Right on the dirt road and then left on the first dirt track (leading through an abandoned cemetery). I followed this dirt track to the base of the mountain through new housing construction. At the end of the track I turned right and followed a winding and climbing actual foot trail heading up the mountain (around some new construction) and emerged onto a new large road circling the mid-mountain.

I crossed to the other side and found a small foot trail into cultivated fields and then followed a small stream up hill, keeping the stream to my left. The trail climbed and paralleled more cultivated patches until emerging at the new water tank.

I circled the tank and a farmer advised that I could follow the foot paths through the fields all the way up to the summit area. This proved to be generally true. In many places the path was simply a narrow trail along the edge of plops or more simply through the middle of them at times. The going was steep but manageable.

At the upper area the terrain curved gently and a cement marker appeared on the western spur with a very faint trail (and occasional rock cairns) leading to it.

From the start at the M4, through the township, up the dirt road, up the trail to the water tower and then up through the cultivated fields to the western peak spur I had traveled 3.31km in one hour and gained 325m. 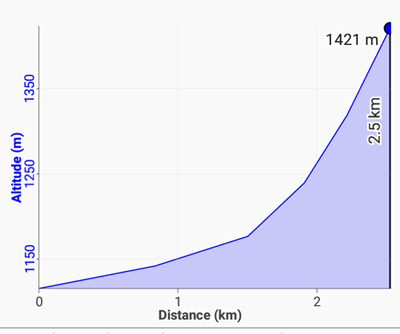 At first I thought the spur was the summit because of the marker but eventually realized that the radio and cell towers behind me were sitting on a slightly higher point.

I then followed the very faint path through the cultivated fields towards the towers for 618m (a 15 minute walk) to reach a point 31m higher (Altitude 1459m) than the cement column.

I walked around the tower facilities for a while and observed the clear maintenance road leading up the north side of the mountain from NE Limbe.

Prompted by the approaching dark clouds I decided to cut the visit short and descend on a more direct route to the water tank.

Initially this plan worked as the trail on the west side was clear and skirted well tended farm plots. But further down the plots were less tended and the path grew more undefined. Keeping the water tank as my target I moved from plot to plot until I joined a small stream and a clear trail leading to the water tank.

From the tank I followed the new road down to the spot where my previous trail cross the road. At that junction I turned left and retraced my steps back to the M4 and home.

Note that the Chris Dodd pdf route-02-mpingwe I used as a reference is obsolete and that the Limbe council has granted all the Banglwe land below the water tank to individuals to build homes. So in the very near future this hike will be a hike along either the northern maintenance road to the towers, or the southern road to the water tank and then a short hike through farms to the peak.

A 2.5 hour, not very inspiring hike but an easy walk from Limbe if you want a good view of the surrounding hills, mountains and housing sprawl.

Download the Mpingwe_gps_data file and load it into your phone’s Google maps or a phone GPS app such as Locus. Then you will have a track on your phone that you can follow when confused.

Visit Malawi Outdoors on a Shoestring for more adventures.