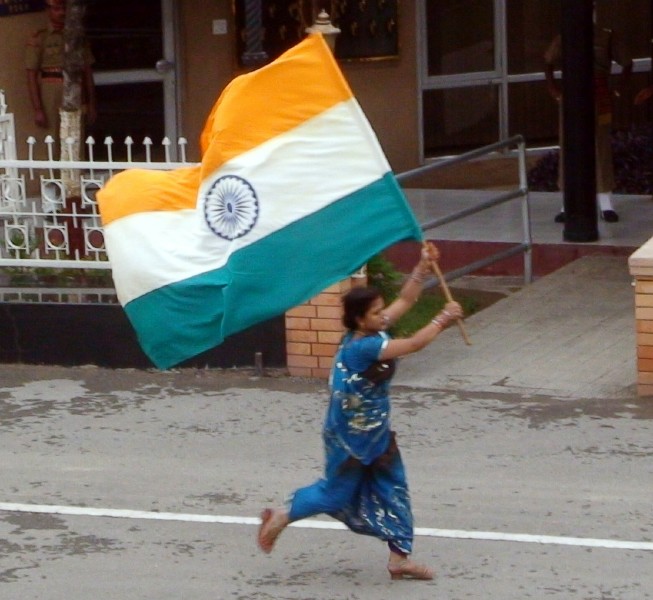 The lowering of the flags, or the Beating Retreat ceremony at Wagah border near Hussainiwala National Martyrs Memorial, is a daily military practice that the security forces of India (Border Security Force) and Pakistan (Pakistan Rangers) have jointly followed since 1959.[1]

The drill is characterized by elaborate and rapid dance-like maneuvers, which has been described as “colourful” .It is alternatively a symbol of the two countries’ rivalry, as well as brotherhood and cooperation between the two nations. Leaders have sometimes described it as “ugly”.

Cost of this activity is $

This ceremony takes place every evening before sunset at the Wagah border, which as part of the Grand Trunk Road was the only road link between these two countries before the opening of the Aman Setu in Kashmir in 1999. The ceremony starts with a blustering parade by the soldiers from both the sides, and ends up in the perfectly coordinated lowering of the two nations’ flags.It is called the beating retreat border ceremony on the international level. One infantryman stands at attention on each side of the gate. As the sun sets, the iron gates at the border are opened and the two flags are lowered simultaneously. The flags are folded and the ceremony ends with a retreat that involves a brusque handshake between soldiers from either side, followed by the closing of the gates again. The spectacle of the ceremony attracts many visitors from both sides of the border, as well as international tourists.In October 2010, Major General Yaqub Ali Khan of the Pakistan Rangers decided that the aggressive aspect of the ceremonial theatrics should be toned down.