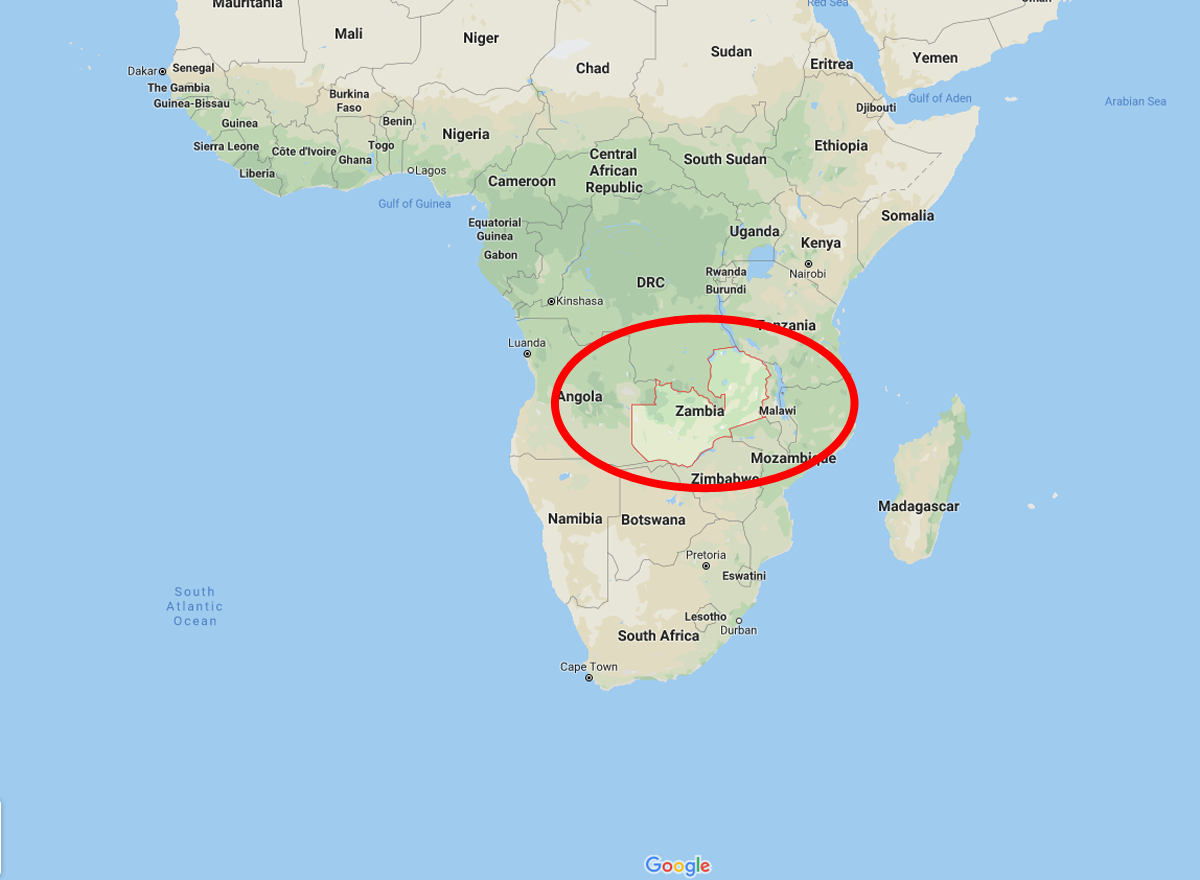 Africa overland Zambia Road trip is part of a Overland Africa trip that starts in Kenya (or Arusha depending on participants) and continues south by south-west to cover Tanzania, Malawi, Zambia, Namibia and South Africa. I provide details, maps, costs, videos, photos and more. It’s an adventure on a shoestring. This post continues from the boarder of Zambia.

After border formalities (regular visa fees) we were also made to pay a local road tax. Anyone with a card table and a gun gets to impose taxes in Zambia it seems. 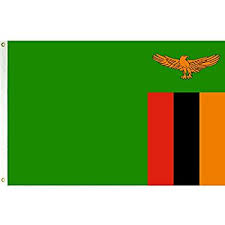 Our objective that day was the South Luangwa National Park.

Just outside the park boundary we checked into another lovely lodge with $10 camping (Croc Valley Camp). It was an ideal lodge with cheap camping but the proximity of hippos was not so appealing. I was warned not to exit the tent at night because the hippos tended to wander through the area occasionally.

At the park gate we pay our fees and were free to explore. Where one finds fresh elephant poo one can expect to find elephants and we did. We even found grandpa elephant walking along the side of the road. But it seemed he didn’t like us. He gave us the usual elephant warning when we drove too close.

We spent the entire day driving around and watching the exotic African animals and while we watch the animals a Hyena was watched us. We spent the day doing more animal watching. Lots of giraffes, hippos, wilder beast, buffaloes and a few evasive elephants. As it grew dark we make it back to our camp.

Early the next morning we returned to the park to continue our independent game driving experience.

Soon Ben decided to follow a very large elephant at one point. It didn’t seem pleased. However, Ben was insistent. But insistence is not always a good thing, especially in sticky mud. Fortunately he had me to get out and push. I was glad that the park ranger had specifically warned us not to get out of the vehicle.

Once again, we game watch until sunset and then head back to our camp.

When Ben got tired of driving he would stop and do minor maintenance. And after off road 4WDing it was necessary to increase air pressure in the tires. When was the last time you used a hand pump to put air in tires?

That night we decide to camp at another high-end lodge with $10 camping. Carrying a tent is the smart way to travel Africa on a shoestring.

The next day we headed for Lusaka. But the big city has its price. We got pulled over by a policewoman in a private car that wanted us to follow her to the police station. She insisted that we had failed to make a turn in a turning lane. Ben argued that the turning arrow painted on the pavement was practically invisible (and it was). He even tried the old trick of offering used clothing gifts. But this woman was determined. She wanted us to follow her friend’s car to the police station.

So we agree to follow her car to the station reluctantly. So at the first intersection we turned off when she went straight. We then spend a few hours hiding in a shopping mall and restocking. Late in the day we felt it safe to sneak out of town but at the busy local market we passed her on a street corner. We were easy to spot. An old Land Cruiser with German tags and two pale (white) guys. She tried to flag us down and blew her whistle. In a panic Ben turned down the first side street. Unfortunately it was a pedestrian walkway though the local market. The chase was on again. We were surrounded by people staring at us, as we inched our way along, blowing the horn. Eventually we exited the market.

Once out of town we hauled ass until the sun started to set. Late in the day we pulled off the road and camped in an open field. Hopefully out of sight and out of mind.

We broke camp early the next day and started the next leg of the drive to reach Victoria Falls. Near the falls we settled on a luxury resort on the riverbank. Price for camping was the standard $10 pp.

From the camp we could see the mist from the falls in the distance. Victoria Falls (“The Smoke that Thunders”) is a waterfall on the Zambezi River at the border between Zambia and Zimbabwe. David Livingstone, the Scottish missionary and explorer, is believed to have been the first European to view Victoria Falls on 16 November 1855.

While it is neither the highest nor the widest waterfall in the world, Victoria Falls is classified as the largest, based on its combined width of 1,708 m (5,604 ft) and height of 108 m (354 ft), resulting in the world’s largest sheet of falling water. Victoria Falls is roughly twice the height and well over twice the width of its Niagara’s Horseshoe Falls.

I wanted to see the falls from the sky so we checked out the local flight options. Nice but at $250 hour we opted for the walking option, just like Dr. Livingston did.

There is a small entrance fee to the falls area and then lots of walking opportunities that are up close (wet) and personal. We should have worn bathing suits.

The area is also popular for adventure junkies as a sign at the top of the falls points out “Do not to cross the river on foot.” Other options include bungee jumping.

After a day of fun it was time to get some maintenance done, gear up and head for the Namibian border the following day.