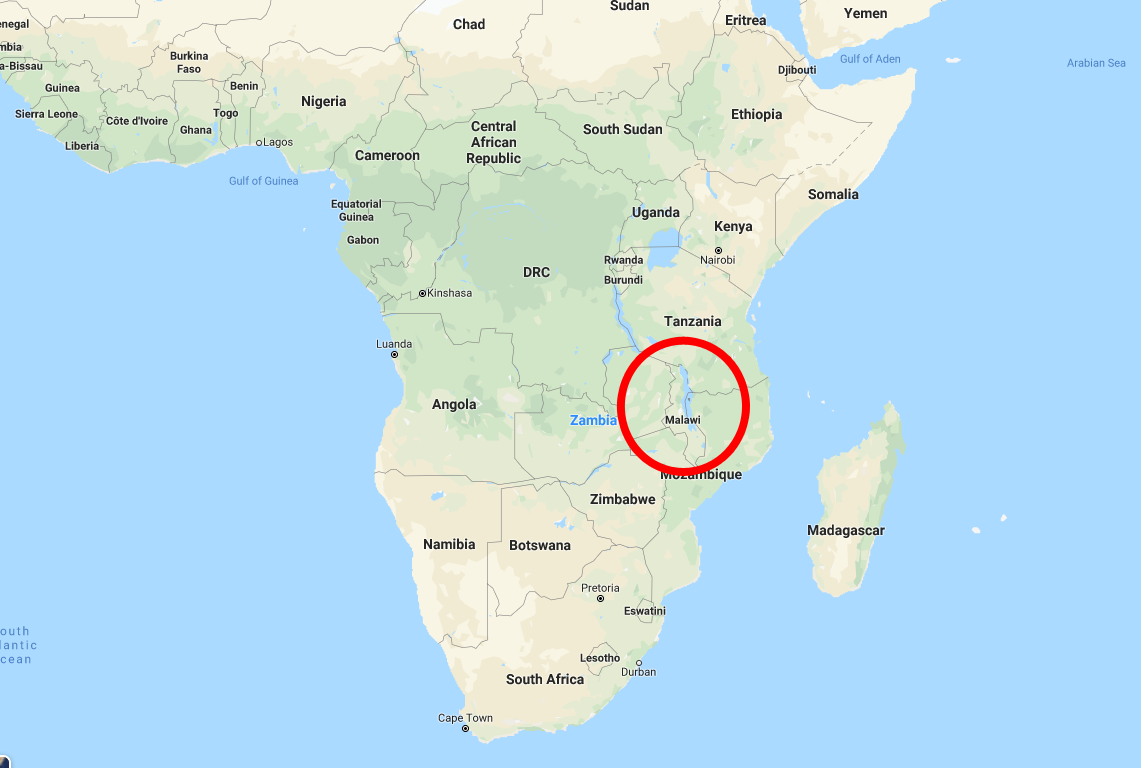 Africa overland Malawi Road trip is part of a Overland Africa trip that starts in Kenya (or Arusha depending on participants) and continues south by south-west to cover Tanzania, Malawi, Zambia, Namibia and South Africa. I provide details, maps, costs, videos, photos and more. It’s an adventure on a shoestring. This continues from the border of Malawi.

At the Malawi boarder I paid for another $50 visa and Ben did the car paperwork for the car (specifically the Carnet de Passage en Douanes or CPD).

A Carnet de Passages en Douanes is an internationally recognized Customs document entitling the holder to TEMPORARILY import a vehicle duty-free into certain countries, which normally require a deposit against import charges (generally countries outside Europe). The Carnet is used within the legal framework of the UN Customs Conventions of 1954 & 1956, and the ‘Convention on Temporary Admission’ (1990), the so-called ‘Istanbul Convention’. 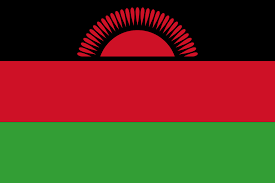 Malawi, named after the lake, is a poor country with very few cars and lots of kids. We drove south along the lake’s coast until we spotted a dirt road leading to the lake. We were the only car on the road. There were a few bicycles and much foot traffic but very few vehicles. I was looking of isolation so I could use nature’s facilities. It turned out the countryside wasn’t as deserted as we’d hoped. Children everywhere. We were quite the entertainment. While Ben entertained I stepped into the buses. When done we hit the road again.

A few leisurely hours later we spotted a sign for the Sangilo Sanctuary Lodge. Incidentally it’s a lodge that required a 4WD to reach. The place was upscale and the only option around really. Camping was $12pp (higher than our usual, but worth it for the lakefront view).

The following day we decided to visit the mission town/university of Livingstonia or Kondowe is a town located in the Northern Region district of Rumphi, high up on the mountain plateau.

Livingstonia was founded in 1894 by missionaries from the Free Church of Scotland. The missionaries had first established a mission in 1875 at Cape Maclear, which they named Livingstonia after David Livingstone, whose death in 1873 had rekindled British support for missions in Eastern Africa. By 1881 Cape Maclear had proved extremely malarial and the mission moved north to Bandawe. This site also proved unhealthy and the Livingstonia Mission moved once again to the higher grounds. The new site proved highly successful. In 2003 the local school was expanded to a very successful university.

The university town is a place out of time. At the chapel I found the stained glass window memorializing Dr. Livingstone commendable. 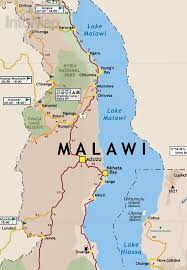 We continue our road trip with a visit to the world famous Manchewe Falls and Ancestor Cave. The cave is a natural depression under the falls that was used to hide the locals during the slaving days. Malawi is a very poor country. So the local boys all want to be paid guides. The competition is tough.

There is an official viewpoint that charges a tiny fee. From the viewpoint there is no sign of a cave opening but the falls are quite spectacular.

But we were curious about the secret hiding place or cave. It was an easy hike that followed a path below the ridge line. Even at the falls the cave is not obvious. The view from beneath the falls was quite impressive.

After an impromptu lunch we started a long driving day towards Mayoka village. The rode was paved and lacked the normal flow of vehicle traffic. It seems most people in Malawi walk.

At the Mayoka Village lodge we opted for a comfortable bungalow and some easy living.

The food was good, the drinks were cold, the lake was beautiful plus Ben had Wi-Fi.

Lake Malawi, also known as Lake Nyasa in Tanzania and Lago Niassa in Mozambique, is an African Great Lake and the southernmost lake in the East African Rift system. It is the ninth largest lake in the world and the third largest and second deepest lake in Africa. It is home to more species of fish than any other lake, including at least 700 species of

After a few days of R&R we give up our comfortable lodging Lake Malawi and start driving again. On the side of the road, in the middle of nowhere, we met a rubber ball salesman. He showed how natural rubber balls (think lots and lots of rubber bands) are made. Naturally Ben traded used shoes and clothes for a few balls.

Further along Ben spotted a local at his tobacco drying shed and tried to buy a cigar. No luck, so we got out of 4WD and picked up some speed.

I couldn’t resist the roadside fast food stalls. Ben preferred Lilongwe for fast food and to stock up.

It was a long day and we didn’t quite make it out of Malawi. As the sun started to set we found another lodge that provided $10 camping. We pitched camp, made dinner and then tested the bar before retiring for the day.

Early the next morning we headed for the border crossing into Zambia where we follow the regular ritual of paper work and street money exchange.