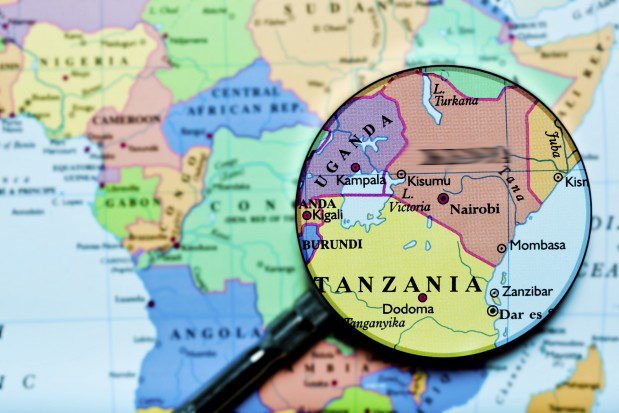 Africa overland Tanzania Road trip is part of a Overland Africa trip that starts in Kenya (or Arusha depending on participants) and continues south by south-west to cover Tanzania, Malawi, Zambia, Namibia and South Africa. I provide details, maps, costs, videos, photos and more. It’s an adventure on a shoestring. This post starts in Arusha, Tanzania.

Rather than stay in Arusha (at one of the many cheap hostels I opted for a high-end lodge, called L’Oasis, located just outside of town (http://loasistanzania.com/). I picked it because I had been told that it had special private or double cabins for backpackers priced at $25 per night (regular rooms start at $80). Sure enough the rumor was true. But it’s even better when it is low season and there are few guests. In which case they give you a standard room for the backpacker price. Note that I came back to L’Oasis a few years later and got the same deal by asking for it. And yes, once again they moved me to the standard room at the same price. Further, the fee includes a full buffet breakfast and use of all the facilities (pool, bar, restaurant, etc.).

Nairobi to the Indian Ocean, Tanzania

When Ben arrived we made fast plans and hit the road. Our first goal was the Indian Ocean. Ben’s gear included lots of old stuff he had accumulated over the years in Germany. Some we gave to a local charity and some we kept for bribes & gifts.

The drive was East on a paved two-lane highway. We stopped at intervals for gear, money, stuff and terrible road-kill food.

The Zebra Camp offered an empty riverside campground for the first driving evening.

I soon discovered that Ben had a routine. Each object in its place and dinner prepared with precision. This was going be a different trip from my normal crazy random approach.

The next day we found free canoes so we pretended to be Canadians.

We were told there were only little crocks in this tiny river. But it was soon apparent that tiny and large are two things guys are bad at estimating.
The following day we stopped for lunch at the coastal town of Tanga before heading south on a dirt road along the coast. Note that Google maps did not allow us to drive this route. It kept switching to the inland paved routes.

Click to watch Episode 87, Nairobi to the Indian Ocean, Tanzania

Near the end of the day we pull over to setup camp at the Beach Crab Resort and test the waters of the Indian Ocean.

After checking out the Indian Ocean south of Tanga, we hit the dusty road south. At the Pangani River we manage to meet the ferry as it was preparing to leave. We paid a small fee and drove on as it cast off.

Tanzania used to be a German colony so large enterprising farms are the norm. The local cash crop is Sisal. Sisal production in Tanzania began in the late 19th century by the German East Africa Company. Sisal was continually produced during the German administration and the British administration and was the colony’s largest export highly prized for use in cordage and carpets worldwide. At the time of independence in 1961, Tanzania was the largest exporter of Sisal in the world and the industry employed over 1 million farmers and factory workers.

Our route (the only road south along the coast) crosses though the Saadani National Park. And foreigners always pay to enter parks, even if it is unavoidable. We had to pay $80 each for the privilege of driving through the park (a road tax just for foreigners). Since we had to pay, Ben felt we might as well test the 4WD capabilities of the Land Cruiser.

We exit the park and continued south after getting our $80s worth.

Driving south along the coast the road stayed pretty simple, the villages were also simple, and the tourist trade was even simpler. The locals were happy to trade goods for small amounts of cash or on a barter system. Fortunately Ben had a lot of old stuff from Germany to barter.

At the tourist seaside town of Bagamoyo we looked for another luxury lodge offering campsites. Self-camping (your own tent) seemed to always cost $10 per person, even in the most luxurious lodges. Many of the lodges also provide canvas safari tents with cots, electricity, deck chairs and more. These tended to cost around $25 per person and up. 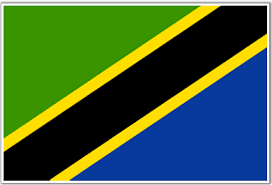 Heading west from Bagamoyo we joined the network of paved roads (highways) with posted speeds of 50 KPH at all villages and un-posted elsewhere. However, the speed limits seemed only applicable to tourist vehicles. Ben’s Toyota Land Cruiser had German tags and we brought smiles to the local constables posted at each village we past. Our first speed trap occurred early and was quite informative. We were stopped doing 20 KPH in a 50 KPH zone. Time to give away some used clothing and we were on our way shortly. This scene repeated itself often.

Charcoal salesmen were a common but unusual sight. Guys on bicycles with large stacks of charcoal bundled to the bikes. Chop down a tree and make charcoal. It seemed like a poor-man’s job and certainly not friendly to the environment. Who’s to stand in the way of free enterprise?

Late in the day we reached the Udzungwa Forest Tented camp in the Udzungwa Mountains National Park. Once again our camping fee was $10 pp.

I woke up excited the next day at the prospect of my first Tanzanian hike.

We hired a skilled park guide and discussed the hiking options. Ultimately we decided visit the world famous Sanje falls (3 water falls for the price of one). And yes park fees had to be paid first.

Our guide was casual, cool and informative. He soon pointed out the elusive colobus monkeys that never drink water. They spend their life in the trees and get all their requirements from the forest leaves. But even in the trees they are not safe. They are the favorite prey of leopards.

We spent the rest of the day hiking to the three falls, taking a swim and relaxing in the shade as the sun cooked the local jungle canopy.

After visiting Sanje falls in the Udzungwa Mtns NP, Ben gave gifts to the park personnel (more used clothing) and then set off east.

We spotted a roadside signpost that said Beware of Alligators for the next 27km’s.
We stopped to check out a local lodge called Alligator camp but one look at the river was enough to encourage us to move on.

Late in the afternoon we drove into thundershowers that convinced us to call it a day. We reached another lodge offering camping but this time I opted for a large $12 canvas safari tent (I didn’t want to setup my tent in the rain and they advertised an English breakfast included). Unfortunately the local cook didn’t have a clue what an English breakfast was.

The following day, just south of Iringa, we pulled into the Isimila stone age site of Natural Pillars. Modeled after western attractions it housed educational artifacts, hosted exotic animals and concluded with a nature walk. It was a very nice break from the road and was also cheap and informative.

Once back on the road we were flagged down by the police for speeding again. Cost? A pair of old boots.

Late in the day (north of the Malawi border) we opted for a free camp. We pulled onto a grass path and pitched the tent as the sun set.

When we followed the dirt path to find a secluded camp spot the prior night we hadn’t realized that we were camped on the main footpath from a village to their fields. We woke to a lot of locals standing at a distance and staring at the apparition of an old Toyota Land Cruiser and a tent next to their cultivated fields.

After breakfast we broke camp and made our way back to the main road. On impulse we followed some signposts off the main road and headed in search of a natural bridge that was formed by volcanic lava flows.

We zigzagged our way along a fast moving river until we spotted the lava bridge in the distance. Ben volunteered to cross it to give me perspective. It turned out to be a huge chunk of lava. After a few snaps we headed back to the main road.

Near the boarder we stopped for supplies and then an overland expedition truck pulled up behind us. Groups of strangers spend up to 6-weeks travelling between Nairobi and Cape Town crammed in the back of these trucks. Our Land Cruiser for two seems way more comfortable now.

But before we crossed into Malawi we first needed to perform the ritual money exchange. Let the haggling begin. You never win in these deals. The best you can hope for is to get rid of your money and get the next country’s money without suffering a major loss or rip-off.