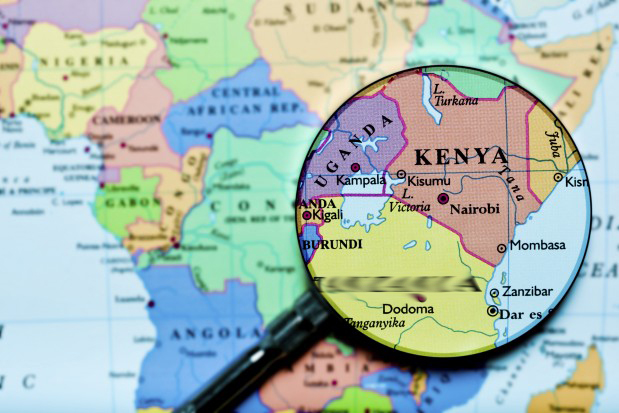 Africa Overland Kenya Road trip is part of a Overland Africa trip that starts in Kenya (or Arusha depending on participants) and continues south by south-west to cover Tanzania, Malawi, Zambia, Namibia and South Africa. I provide details, maps, costs, videos, photos and more. It’s an adventure on a shoestring. This post starts with my exploits in Kenya.

I arrived in Nairobi a week before Ben was scheduled to arrive in Arusha, Tanzania, where he had his old Toyota Land Cruiser parked on a farm. So to fill the time I purchased a children’s tent, jumped on a bus and headed to the Fisherman’s Campsite on Lake Naivasha. At a local bar I met a Swiss banker on holiday called Markus Toeblae. I asked him if he wanted to visit Hell’s Gate on a bicycle the next day. We discussed bicycle rental options (lots and cheap) and he agreed.

The next morning I rented a bicycle and headed for Hell’s Gate National Park that straddles the Rift Valley. Park entrance fees are small by African park standards for foreigners ($20). And yes, they take US $. 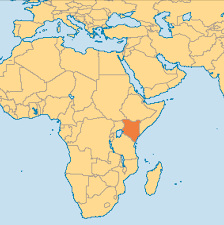 Hell’s Gate National Park is named after a narrow break in the gorge cliffs, once a tributary of a prehistoric lake that fed early humans in the Rift Valley. It was established in 1984. It’s a small national park but is known for its wide variety of wildlife and for its scenery. This includes the Fischer’s Tower and Central Tower columns and Hell’s Gate Gorge.

We cycled around the park on gravel roads (or in the fields with the wild animals), and even walked around for a while. Wildlife in the park is varied and includes African buffalos, zebras, elands, hartebeests, Thomson’s gazelles, baboons and over 100 bird species including vultures, Verreaux’s eagles, augur buzzards and swifts. Rare lammergeier vultures, as well as the Chandler’s mountain reedbuck and the klipspringer antelope can be spotted on rare occasions. We then settled down to watch a pair of rock climbers before heading to the park check post at the rim of the gorge. We locked our bikes to a tree and then registered with the ranger before entering the gorge.

In the gorge we noticed soldiers on patrol, always a good sign (not). Well-marked exits in case of flash floods were an interesting feature of the gorge. Free therapeutic mud baths were abundant. Free hot water included. The animals in the park shared its space with three geothermal power stations (they are using the earth’s volcanic activities to make electricity.

As we got closer to Hell’s Gate the gorge got narrower. I wondered what lies behind the bolder & what if it collapses? It’s a tight fit and not a place I want to be if it starts to rain. We back peddled (literally) out of the park late in the day.

The adventure continues the next day.

Markus Toeblae agreed to another adventure the folling day. This time it was a hike to the summit of an extinct volcano called Mt Longonot (at least extinct for the past 150 years). 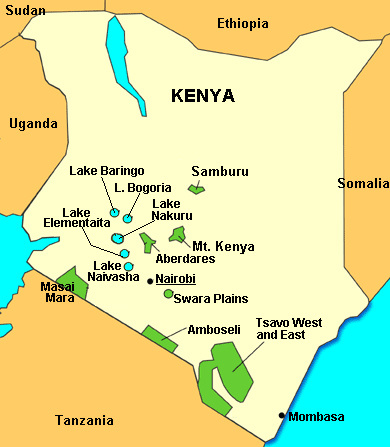 Mount Longonot is a stratovolcano located southeast of Lake Naivasha in the Great Rift Valley of Kenya. It’s believed to have last erupted in the 1860s. Its name is derived from the Maasai word Oloonong’ot, meaning “mountains of many spurs” or “steep ridges”.

Mount Longonot is part of Mount Longonot National Park. A 3.1 km trail runs from the park entrance up to the crater rim, and continues in a 7.2 km loop around the crater. The whole hike (gate-to the top-around the rim-back to the gate) of 13.5 km takes about 4–5 hours allowing for necessary rest breaks. Note that parts of the trail are heavily eroded and very steep. The gate is at 2,150 m and the peak is at 2,780 m but following the jagged rim involves more than the 630 m vertical difference alone.

We set out by catching a ride in one of the many local matatas (shared vans) to a small indistinct stop near the park entrance. Once disgorged from the van we spotted the volcano a short hour walk east. At the park gate we went through the formalities (consisting of paying our foreigner fees).

The trail was well marked and warned of African buffalo, which are known to be very unfriendly. A useless sign really. There was no safety briefing at the gate so what were we to do if we spotted one? Run, hide, pray or cry?

The hike to the volcano rim was hot, dusty and tiring. At the rim we found a sign for a nature walk (around the cone). Naturally we went in the opposite direction suggested.

The center of the cone is a walled in jungle presumably filled with wildlife and dinosaurs. Ok, maybe I’ve read too many classics (what was that novel called)?

We spend the next few hours trudging around the rim with the high point on the opposite side as our objective. It was hot and dusty work and when we reached the summit we still had a ways to go to return to our starting point on the rim and then it was all down-hill and back to the gate to catch another dusty ride to my children’s tent and a cold drink.

Africa Overland Kenya – Transport back to Nairobi and beyond

I spent the next few days returning to Nairobi (local bus) and then a private bus from Nairobi to Arusha (bus $25 plus $50 visa fee at the border).