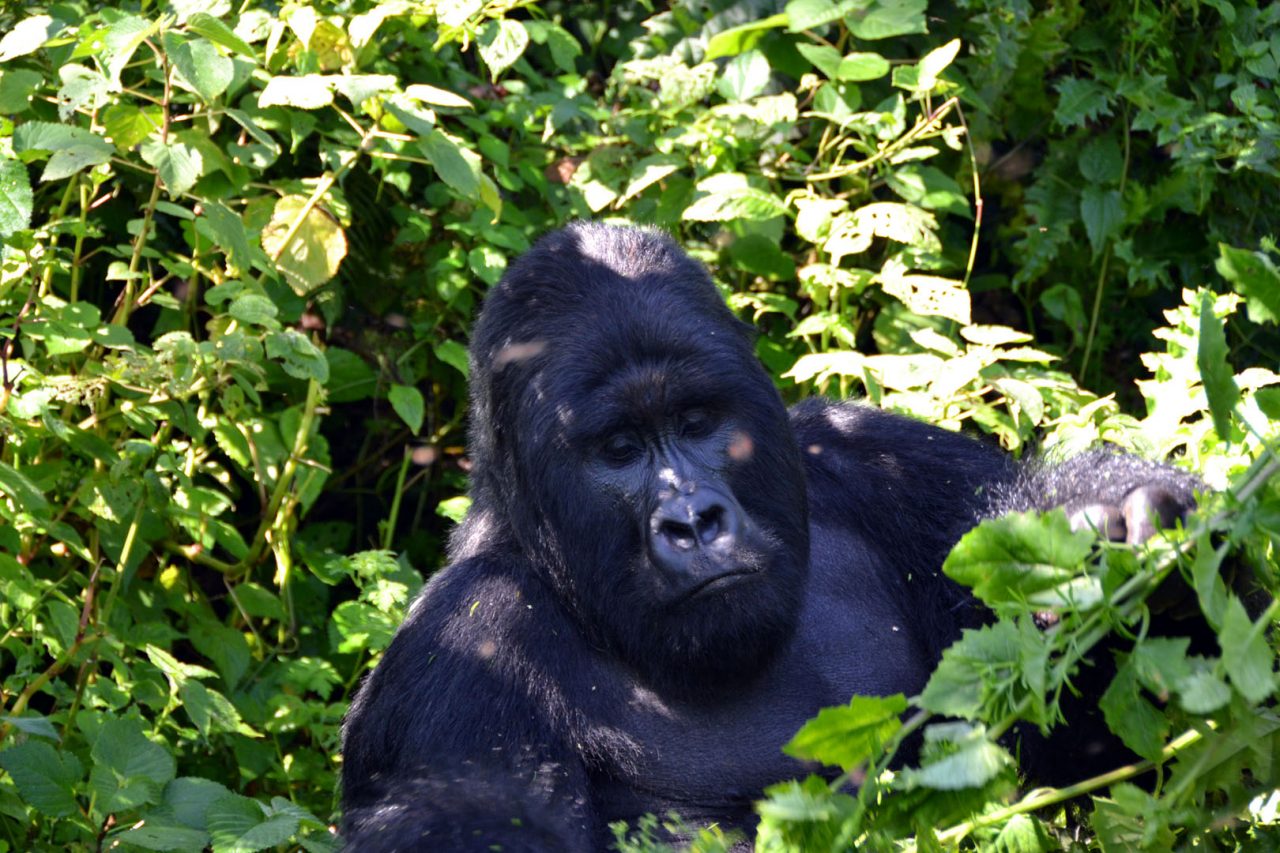 This is a quick post about my adventures in the DRC. Specifically two weeks exploring and visits with Silverback gorillas and Nyirangongo volcano. This is a self-guided adventure on a shoestring. Follow the links to dig deeper into the adventure.

The Virunga Silverback gorillas in the Democratic Republic of the Congo are the last in the world (there are less than 800 at last count). After watching the Virunga documentary & reading about SOCO International I decided that I had to visit and meet these tame giants of the jungle.

I was staying in Gisenyi, Rwanda for a few months and every weekend Cristina would walk across the DRC/Rwanda border from Goma to spend the weekend. So the DRC was tantalizingly close and even better, so was the Virunga National Park.

The important part was that the park offers a special VISA package that bypasses the complication of embassies and Kinshasa. The visit-Virunga page lays out all the requirement. Basically it is a 2-week VISA for entry at the Gisenyi/Goma entry and you must book at least one of the two available packages (Gorillas &/or volcano summit). They also offer accommodation and other services.

Note that you will always be accompanied by armed rangers and the package availability is subject to security conditions (check the site frequently as conditions do change quickly in the DRC).

So I did my Internet paperwork, paid my fees, had my yellow card (immunizations) and crossed the border on foot on the designated dates listed on the VISA. Note that I stayed the entire two weeks and made alternate accommodation arrangements. The rangers picked me up at my private accommodation and dropped me off at same on each of the outing days.

The outing to see the gorillas was fabulous. I was the only guest on the trip. A park car picked me up (with armed ranger in back). We visited the park compound on the edge of Goma to collect an additional armed ranger and then set out for the Virunga National Park mountains. About an hour later (and after an unscheduled extortion attempt) we reached a small village where I met more armed rangers, signed a guest book and got rules about gorillas visits (never make and hold eye contact with male gorillas, etc).

We then set off into the jungle to find a family that the rangers have trained not to fear humans. This troop is watched and tracked 24×7. Within an hour we met the group and I was given an hour of exclusive time to watch them at close quarters.

It was an outstanding hour of my life and well worth the small fee.

While researching the Virunga National Park packages I discovered a killer volcano with the largest lava lake in the world. Yes, I was probably the last to find out, but that didn’t stop me from checking out this hell on earth.

The package sets out a two-day trek to the summit, a sleep-over on the volcano rim, and a descent the following day. A simple tent is provided and gear can be arranged/rented (such as a good sleeping bag since it is really cold and windy at the 3,470 m summit).

Once again I was picked up at my lodging by a Range Rover with armed rangers, taken to the park compound at the edge of Goma and then this time taken to a ranger building at the foot of the volcano.

There we waited as a very large group of around 12 westerners and their porters arrived. We set off around 11 am in a conga-line through the jungle. Once out of the jungle the slope got much steeper and very rocky (lava rock). We took frequent breaks due to the steep trail, altitude and humid air. By mid-afternoon we reached the final stage with the rim in sight up a very, very steep slope that looked and felt like a 75 degree incline. It was especially hard for me since I was the only westerner who had not hired a porter and was carrying my own gear.

By 4pm we reached the small ledge just below the rim and the site of the camp. We were warned not to wonder since the drop was fatal in all directions. Not a family friendly camp.

But all complaints were forgotten when I reached the rim and stared down at the bubbling lava lake.

The main crater is about two kilometers wide and usually contains a lava lake. The lava lake has at times been the most voluminous known lava lake in recent history. Prior to the January 1977 eruption the lava lake depth of about 600 m (2,000 ft) was recorded.

The summit of Nyirangongo volcano is a humbling place that reminds us that we are here at the whim of the planet.

The following morning we did the downhill walk/run and were back in “civilization” too soon. But then again, civilization in Goma does include quite a few good places to eat and drink thanks to the many NGO’s that make it their home away from home.