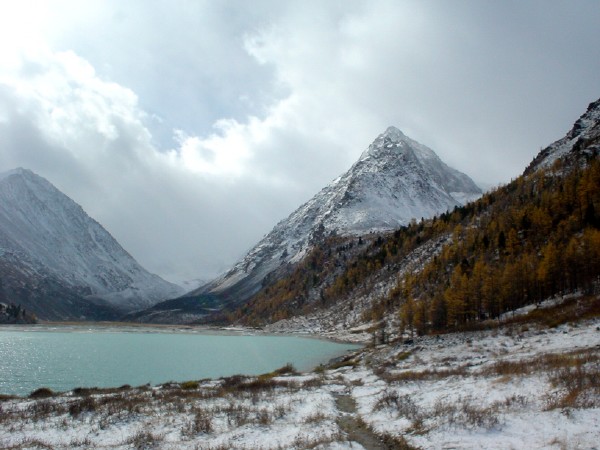 This is a quick post about my misadventures while trekking Mt Belukha via Siberia. I provide a narrative, maps, links, photos and videos to help the other intrepid and casual trekkers like me in the world. This is a self-guided adventure on a shoestring. Follow the links to dig deeper into the adventure.

This is the abridged version of my attempt to meet Siberia’s highest mountain (Mt Belukha, at 4509 meters). Let me just sum it up by saying that it kicked my ass.

That was the really short version. I suppose a slightly longer version is in order.

Just getting to the jump-off point (the town of Tyunger) at the end of the last dirt road to nowhere, Kazakhstan was enough to make a rational person have second thoughts. I spent two days and nights on trains to reach Novosibirsk from Moscow (as part of my Siberian Express trip). Then a night train to reach Byisk. I then took an hour bus, followed by an hour of taxi, then 4 hours of waiting for the taxi to be fixed to end up on the side of the single lane road in a forest setting. Eventually I left the taxi and got a ride with a mini-bus for five cramped hours (450 km scrunched in back with vodka drinkers).

At a cold and dark shack I got interrogated by boarder guards (turns out I was leaving Russia and entering Kazekstan … how I was supposed to know, I don’t speak Russian?). After being taken to the army base to meet a grumpy officer and well armed soldiers with AK-47s I was give a slip of paper and a lot of grumbling (it was 1am and cold out and none of us wanted to be there). The mini-van had deposited people along the way and now the driver and I continued down a dirt track until 2am and 60 km from the last town on the desolate road. The driver then stopped and wanted 1500 more rubles ($50). We settled on 300 ($10) and he continued on for a short while.

The 300 rubles got me another 32 km at which point the driver told me to get out and drove back the way he had come. I was left standing on a desolate stretch of dirt in the cold (it was -10 Celsius), foggy night. Fortunately the moon was bright (making me an easy target in this eerie place). I calculated that the town of Tyunger was 32 km beyond my current position.

I walked for two hours (if I stopped I got even colder) until a brand new Toyota Corolla pulled out of the fog and gave me a ride. My host, Alex, was obviously having family problems (he showed me pictures of his small son) and was driving to the end of the road. I didn’t ask his intentions when I spotted a bunch of cammo gear in the trunk while putting my pack in. He needed a friend and I needed a ride so we made due.

We stopped to make tea in the dense fog near dawn and then continued until we ran out of road. We resolved to take a short nap and await daylight so that we could figure out where we were. I awoke at 5:30, woke Alex, said my goodbyes and officially started the trek. We had driven through Tyunger in the fog and then into a cow pasture without noticing the town. I doubled back along the track to the town and then crossed the bridge into an unknown land. The crossing was both via an old suspension bridge that carried me from a spooky and foggy world into a sunny forested world.

The crossing was further accented by the buzz of Russian Sikorsky helicopters that follow the river while patrolling the area. I adjusted my pack and began the walking phase of the trek. Walking, sleeping out, and trying to find a trail in this uncharted part of the world was quite frustrating and required considerable back-tracking until I reached Akkem River, which would lead me directly to the blue glaciers at the base of Mt Belukha.

Two days later just as the sun was setting and it began to snow I found a cabin near Lake Akkem occupied by a small hermit. He who took me in for 150 rubles a night (it had started to snow outside and I was happy to pay $5 lodging fee).

The next day the sun broke out for about an hour so I set off for the big guy. My host seemed concerned so took me to a local Meteorological camp to meet a weird guy who had lived there for three years. They both seemed intent on preventing me from continuing towards the mountains alone. The meteorologist told me that five climbers had died the previous summer trying to summit Belukha and it was impossible for me to reach the summit alone, without gear, supplies or shelter. I agreed and then set off anyway. Naturally the weather turned bad again and it started to snow and get much colder (it had never gotten over zero anyway). Given my aversion to carrying heavy loads I once again found myself cold and without cold weather clothing. I’m not a complete knuckle head; I did buy a tuke and gloves the previous week (I am learning).

The day was long and exhausting with amazing sights, falls, spills, trips, deep snow and precipices. At 4pm I had reached the base of the mountain (the blue Akkem Glacier) and could go no further. I had to turn back. I had gone past a safe turn around point, it continued to snow, my water had frozen, my feet were killing me, the altitude was making life harsh, I had not sighted the mountain hut I had hoped to use for shelter, and I was trapped in a dead end of ice crevices without safety lines or help. One false step and I was going to spend the rest of my days at the bottom of an ice hole. Looking at the slanting rays of the sun I felt it was definitely time to re-trace my steps.

I turned tail and hoped to make it back to the hermit’s cabin before morning (if I didn’t fall into an ice cave, break a leg or lose my way in the dark). It then started to really snow and the sun set as I reached the edge of the glacier fields. About two hours later I was officially lost in the forest, at night, and in a white-out snow storm. My Petzel headlamp was useless because it simply reflected all the snow. I felt as though I was in a Jack London novel. But I wasn’t worried. 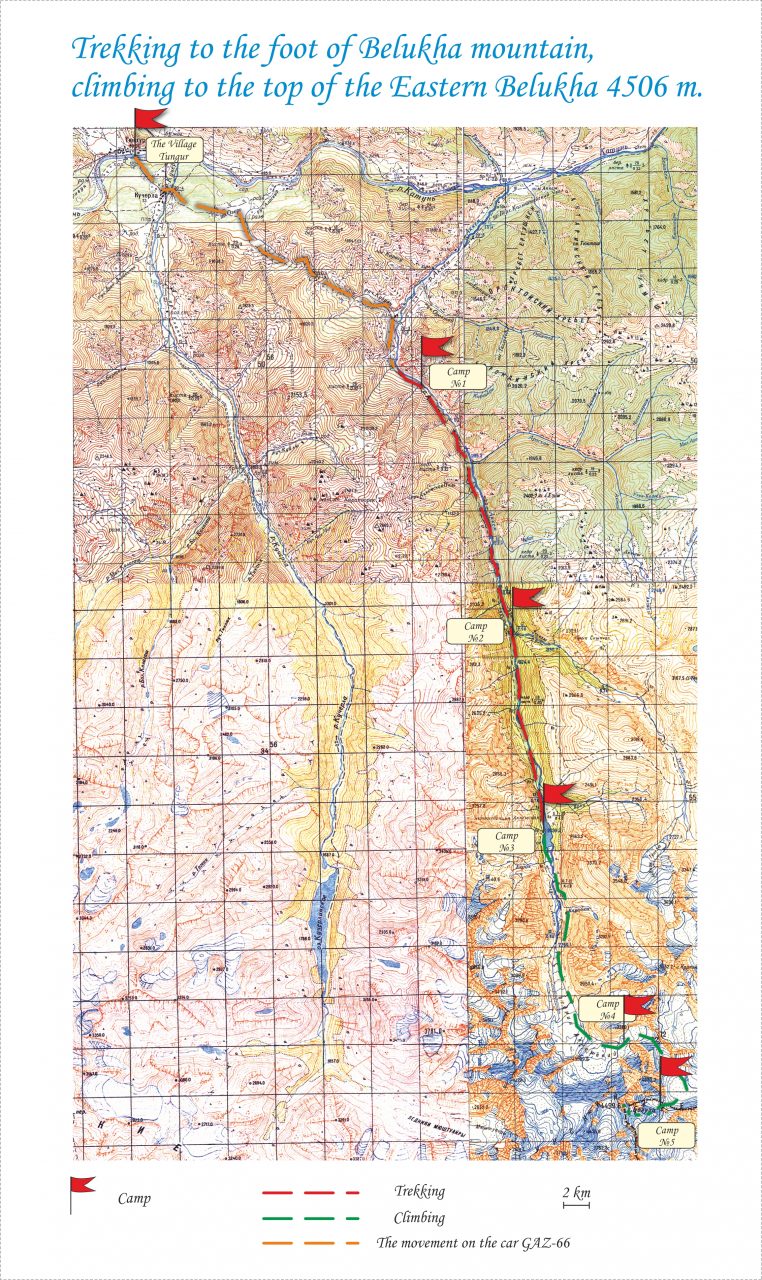 I had my GPS and had taken a reading at the cabin before setting off. I used the GPS to navigate blindly back to the cabin (I literally walked into it before I could see it in the dark and snow). The GPS saved my life. There is no feeling like the feeling of knowing you are lost in the woods, at night in such harsh conditions and at the mercy of a small electronic gadget. Other than being really cold, I felt very much alive when I rudely awoke my host and signed for another night of shelter. He sighed with relief to see me and began pouring hot cups of tea into me.

Safe and sound in the cabin at last, I slept the sleep of the exhausted while the snow grew deeper. The next day I set off to start the multi-day return hike to Tyunger and then to Novosibirsk (my visa would run out in a few days). Note that the return included sleeping (shivering) out in the snow without a tent a number of times I gotta get me one of those tent things!

Back in Novosibirsk I had to dump the new jungle boots that I purchased in July. Another pair of jungle boots bit the dust. My feet were chewed and my body hurt all over. I didn’t think I had many more pairs of jungle boots left in me. I needed to take a gentler path for a while and that is exactly what I didn’t do as I set of Mongolia and a horse with no name.