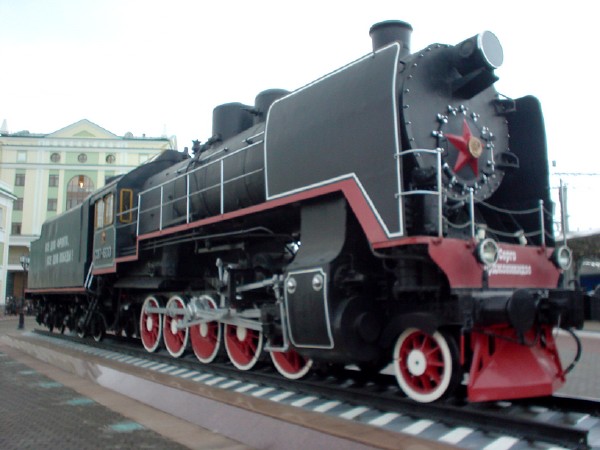 This is a quick post about my unconventional Siberian Express trip from St Petersburg to Beijing via Mongolia. This is a self-guided adventure on a shoestring.

Let me first point out that I did not buy a continuous ticket from Moscow to Beijing or Vladivostok as conventional wisdom dictates. My goal was not to spend over a week staring out the window of a moving train, counting pine trees. Rather, I simply purchased a ticket a few days before each departure to the first major city about a day/night away.

I broke these legs up randomly based on circumstance and available options. This approach turned into a 30+ day trip across Russia. I also headed off into remote regions when interesting things came to light, such as a trip to Mt Belukha on the border of Kazakhstan.

Then in Irkutsk (after a few days of wandering around) I purchased a ticket south to Ulan-Bator, Mongolia where I once again exited the train for an extended stay and adventure (over a month). Then it was off to Beijing for more exploring.

Click to watch Video
So rather than buying a Siberian Express ticket from a travel agency or site, I highly recommend that you make it up as you go. Get a Visa, visit St Petersburg, stay a while and then buy train tickets as you go. You will find some destinations boring and leave in a day or two (good sleeper tickets generally need a few days advance purchase) and others worth staying much longer.  This approach worked for me and the entire journey (St Petersburg to Beijing) last almost three months. So pack light, dust off the Russian language course and enjoy the vodka.

The Trans-Siberian Railway is a network of railways connecting Moscow with the Russian Far East. With a length of 9,289 kilometers (5,772 miles), from Moscow to Vladivostok, it is the longest railway line in the world. There are connecting branch lines into Mongolia, China and North Korea. It has connected Moscow with Vladivostok since 1916 and is still being expanded.

It was built between 1891 and 1916 under the supervision of Russian government ministers personally appointed by Tsar Alexander III and his son, the Tsarevich Nicholas (later Tsar Nicholas II). Even before it had been completed, it attracted travelers who wrote of their adventures.

Visit the Belukha trek post for a side-trip adventure.