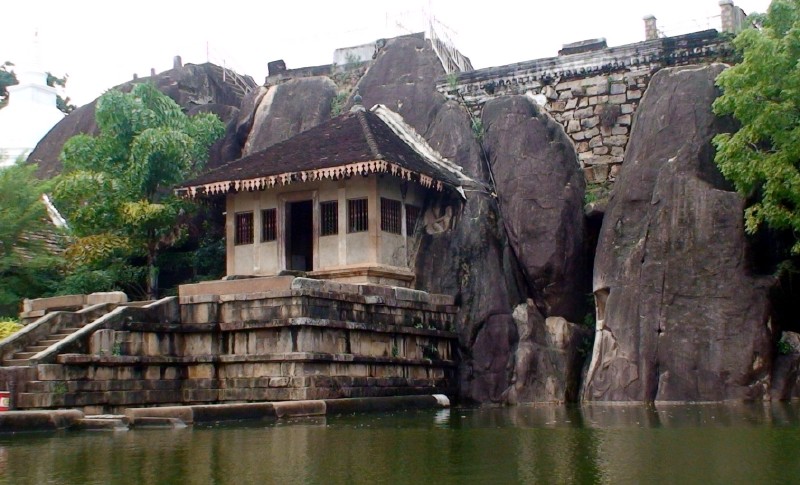 I first heard the name Sri Lanka when I was a wee young lad. I was reading a novel by Arthur C. Clarke. In the novel he mentions Sri Lanka (previously know as Ceylon & Serendipity) quite a bit. Obviously he had fallen in love with this small island nation that is sometimes referred to as the jewel that hangs from the continent of India.

From those earliest stories and the way he wrote about the numerous ancient rock wall carvings, statues, temple complexes and cities, I was hooked. However, many things have changed over the past 50 years since he penned those novels. The ancient sites are no longer un-excavated, nor are they sitting idle and ignored by the locals. Now they are all part of a well oiled government moneymaking machine (think Angkor Watt, but smaller in size and more spread out). What did I expect though? On an impulse I bought the airline tickets with a goal of visiting Sri Lanka temples on a shoe string.  And I figured it would be a good way to shoe horn a bit of travel while spending two months with Cristina in Thailand.

After a month of lying in a hammock on the balcony of a Thai bungalow during the monsoons, I was ready to go any place with sunshine. Unfortunately Sri Lanka wasn’t the sunny place I had envisioned. We were greeted in Colombo, the capital, by more heavy monsoon rains and were informed that the island experiences at least three monsoon seasons, and the timing depends on which side of the island you are on at any given time. We decided, on another questionable impulse, to buy into a private package venture that would give us the major ancient cites (mostly in the north-central parts of the island) over a four-day period (costing $180 each). The deal included a train ride, car, driver, accommodation and some sunshine at last.

Note that the ruins package used the same private and remote house each night which resulted in at least 2 hours of driving (each way) per day to visit the ruines. That sucked. We should have made sure that each night we stayed at the location of the next days sightes. The location was south of Damulla so we covered the same ground each day in the car.

We set out the next day by train. We were booked into the premium observation car on an ancient rickety train. We bounced and wobbled our way to Sri Lanka’s second largest city called Kandy where our driver met us. We then paid the ridiculous entrance pass fees to the ancient sites ($50 each, not included in the package). The pass was good at most of the prime locations but not all. A good number of sites charged as much as $10 each to visit so ancient sites have obviously progress from the days of Arthur C Clark’s novels.

It turned out that our driver, Lal, was from Colombo and that he had driven over (essentially following the train) that morning. This seemed quite silly, but seemed to fit in with the silliness of the entire venture at that stage.

We spent the rest of the afternoon in the car, on the main “highway” which consisted of a “paved” two-lane road with thousands of very old buses vying for customers and to be in the front of each other. The roads were endlessly winding as they wove their way in a lazy northward direction. We stopped a number of times to check out local temples and herbal gardens before turning onto a dirt track that took us to our accommodation for the next few days. 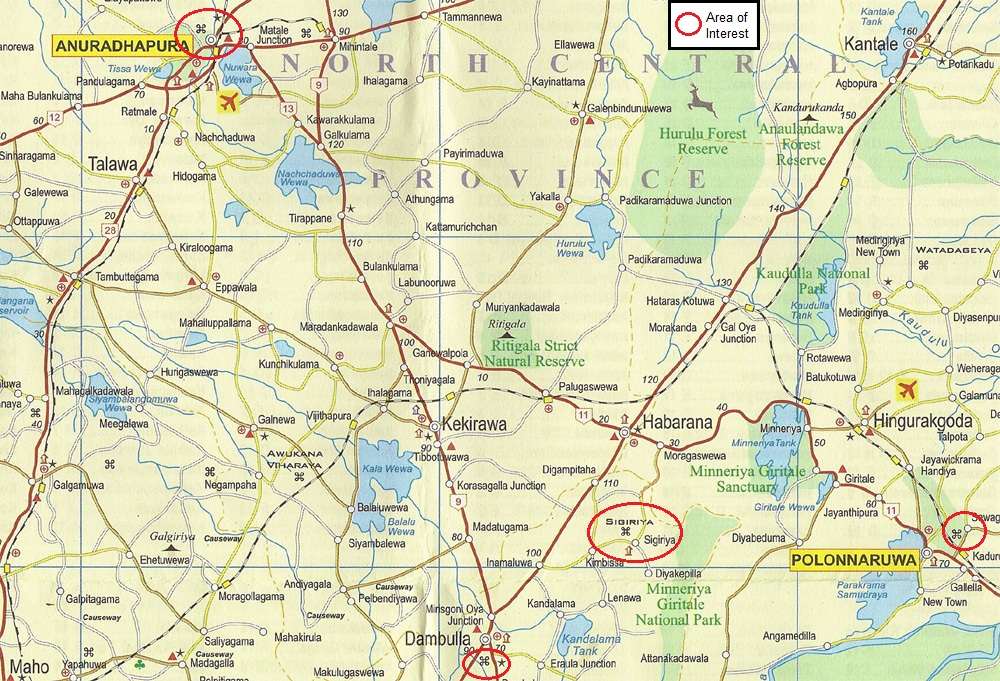 We spent the next day temple hopping to Nalanda Gedige (Tartaric Monument), Dambulla Cave Temple and the Anuradhapura Ancient City Complex. We did the Anuradhapura Complex by bicycle but only covered a small portion of the sites (because of the two hour drive to and from the complex from our remote guesthouse). In spite of our time limitation we did manage to find the sacred Sri Maha Bodhi Tree. A tree grown from a cutting of the original that Buddha sat under while attaining enlightenment. It was an interesting concept and the number and types of pilgrims were just as interesting. Unfortunately time was fleeting so we returned our bicycles and climbed back into the car for the long drive back. 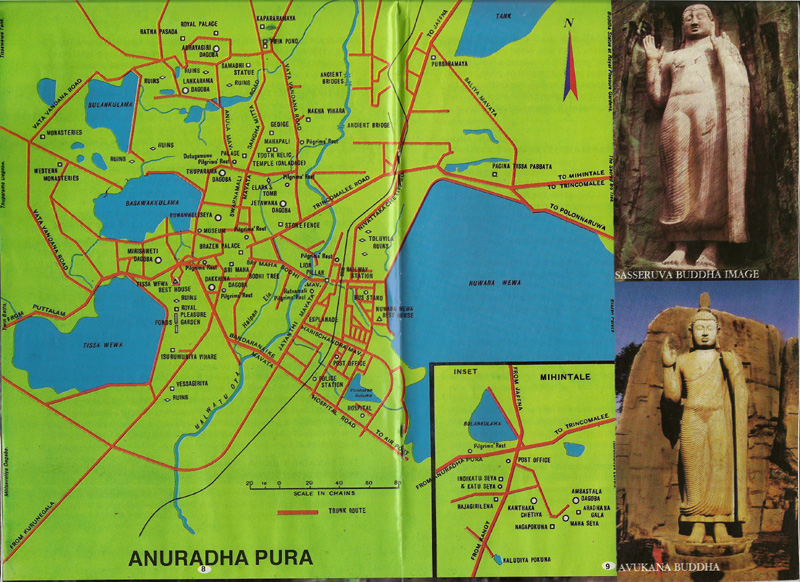 The following day we visited the sprawling ancient city complex of Polonnaruwa (check spelling here). This time we arrived early and made use of our driver but even so, it was difficult to cover the entire site in a day, both because of the number of ruins and because of information overload. There were too many temples to see in too short a time. 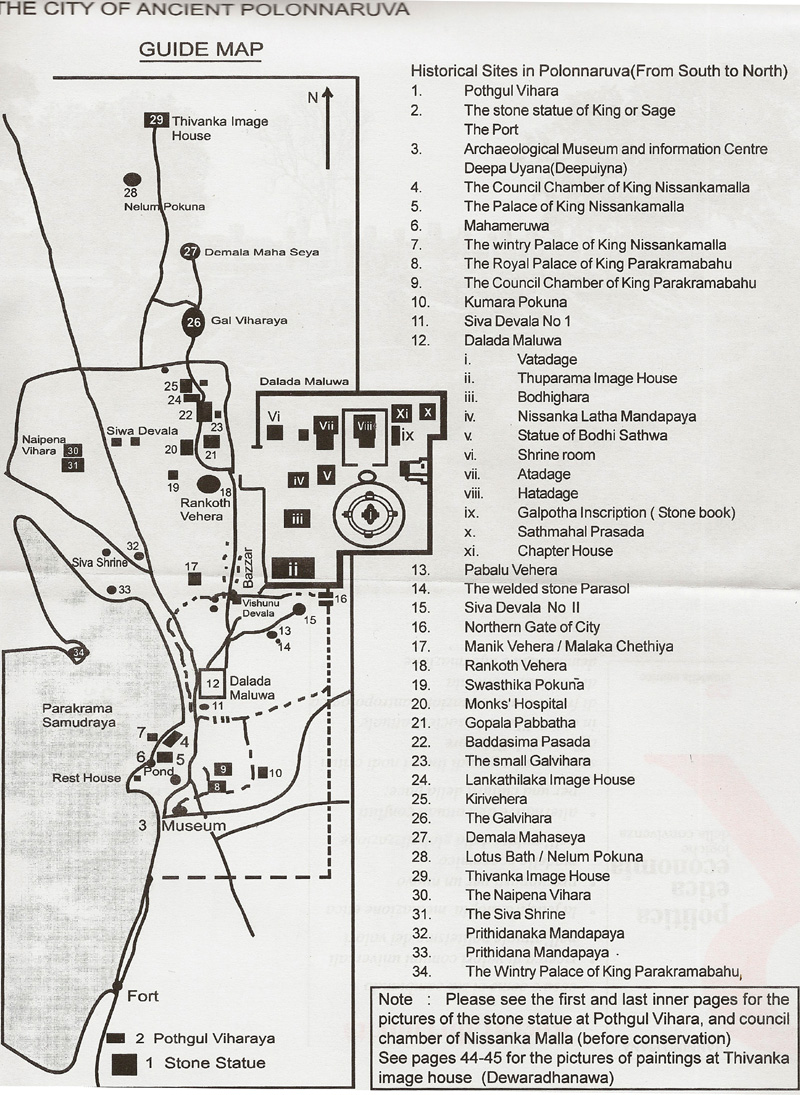 On the third and final day of our driver-escorted package we visited the ancient city located on top of a giant rock called Sigiriya . This is a seriously silly place to put a capital city but definitely impossible to attack. Think in terms of Gibraltar but with steeper cliffs. The climb to the top was only matched in its scary-ness by the even scarier descent. The site also housed a very good museum that our driver/guide told us was not worth visiting. It made me wonder about his other negative suggestions over the past few days. 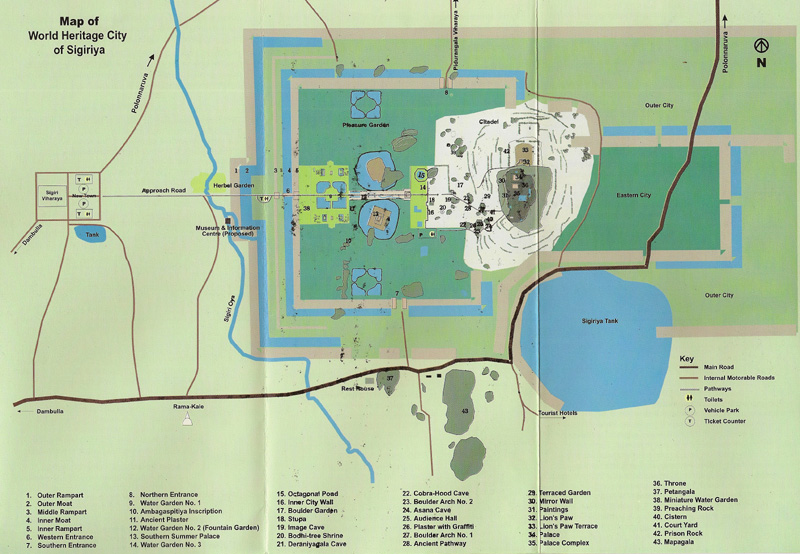 The following day our driver dropped us back in Kandy. It is geologically part of the Hill Country, located at an altitude of 600m, and sits on the edge of a small lake and another set of temple complexes. It served us as a good base from which to do some planning and some Internet.