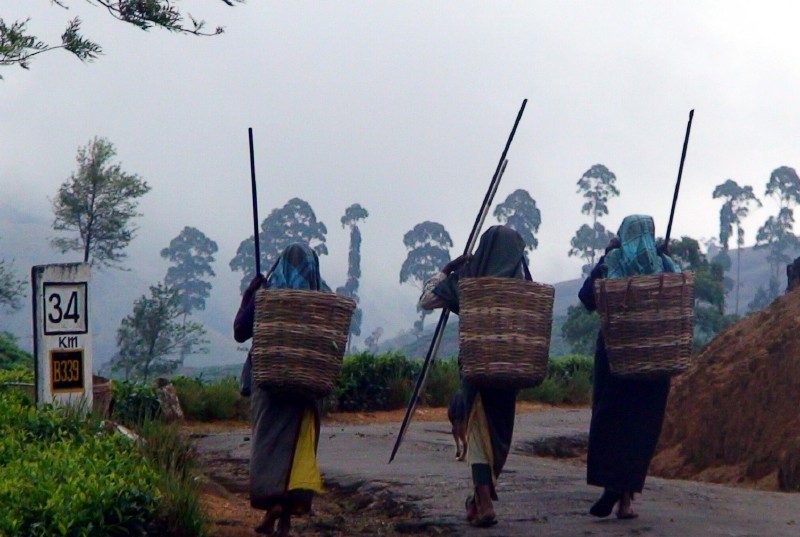 In the town of Kandy I discovered two things. First that cheap multi-day motorcycle rentals were available (without an International Drivers License) and that there was a place nearby called World’s End. So we put 1 and 2 together to do a motorcycle ride to World’s End.

After a few days in Kandy we decided to rent a motorcycle and explore the Hill Country. Rather than ride around aimlessly we set the fabled World’s End as our objective.

We were told that World’s End is a sheer escarpment located on the Horton Plains and that it could only be reached with a guide and via a 4-wheel drive vehicle. My feelings were that a motorbike can always go where 4-wheel drives can and who needed a guide when you had a good map? 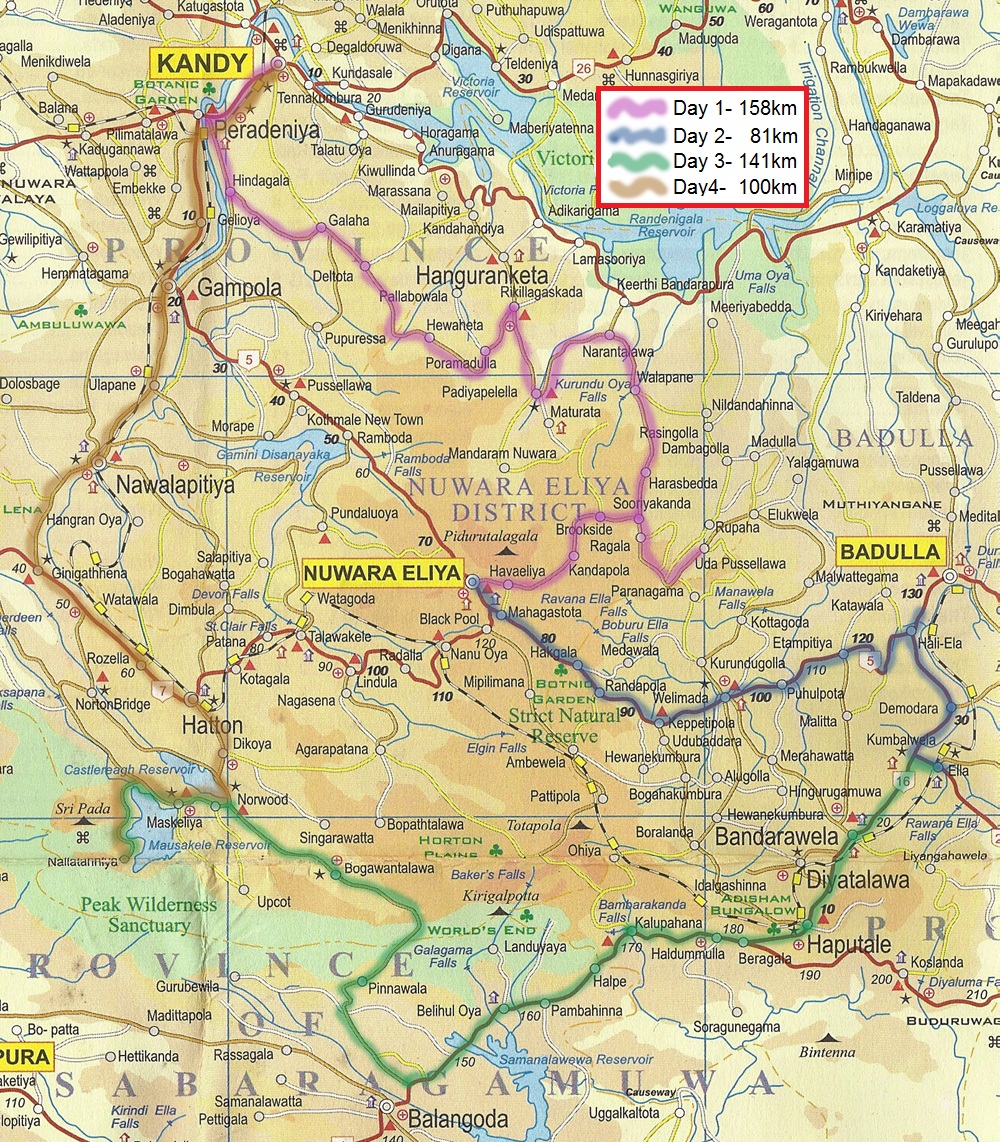 We set out on a sunny day with a map and a plan to stay on the tiny rural roads (as preached in the novel, Zen and the Art of Motorcycle Maintenance). All roads in Sri Lanka are actually rural and there are no highways (by Western standards exist), but at least on the winding rural routes we would have the road to ourselves most of the time while the main roads are all plied by countless honking buses and passing cars. The choice turned out to be wonderful. The roads we chose never went in a straight line for more than a few hundred meters and continuously climbed and fell as they wound their way from tea plantation to valley floor and then repeated the sequence. However, this approach did have its drawbacks. At no time did we actually know where we were.

The few signs that existed were in Sri Lankan or were simply the names of the plantations, none of which were on our English map. The locals were of no help either. Few spoke English and even fewer had an idea of destinations outside of their valley. By the end of the first day we were forced to turn around and double back to the last junction we passed in order to head out towards the main road and a city for the night.

On day two we tried to use the main road to catch up on some of the previous day’s lost time. Initially it seemed like a good idea, but very soon we ran into major construction, which seemed fun on a motorbike for a while. But as the hours passed it dawned on us that the entire route was under major construction. And then it began to rain in earnest. We spent the rest of the day on muddy, curving, climbing, falling, and slipper roads. By the end of the day we had reached the tiny tourist village of Ella, our original destination of the previous day.

The third day looked promising, but rains were forecast for the afternoon. We set out early in fog and overcast skies when we climbed to the top of the numerous hills. By mid-afternoon we reached the crest of the last hills that overlooked the Horton Plains and had to make a choice. We could turn to our west and follow a very long tiny track back into the clouds or continue down into the sunshine of the valley and then turn back into the hills closer to our objective. The sunshine won and we coasted down the long and winding road into sunshine. However, as on the previous days, we were never actually sure where we were. There were few road signs, none in English and the only turn-offs were to private tea plantations. After much confusion we located a Sri Lankan who spoke English and seemed sure of his directions. He pointed out that World’s End was just on the other side of the hills but the turn off to reach it was a tiny lane much further back (we must have passed) and that it was not sign posted. He also informed us that once on the track we would need to ask the locals for specific locations in Sri Lankan since no one would know of the place by the English name of World’s End. Once again we thought about our options. We could double back and hunt for the turn-off and then our objective or we could simply head into the hills following the many tea plantation roads and aim for it by feel. Naturally I chose to follow my internal compass rather than logic.

By late afternoon we had reached a lookout above the valley and it was clear that we were lost. At this stage we opted to give up on World’s End and continue to Adam’s Peak for a simple pilgrimage. Perhaps the end of the world was a place better left for sailors.