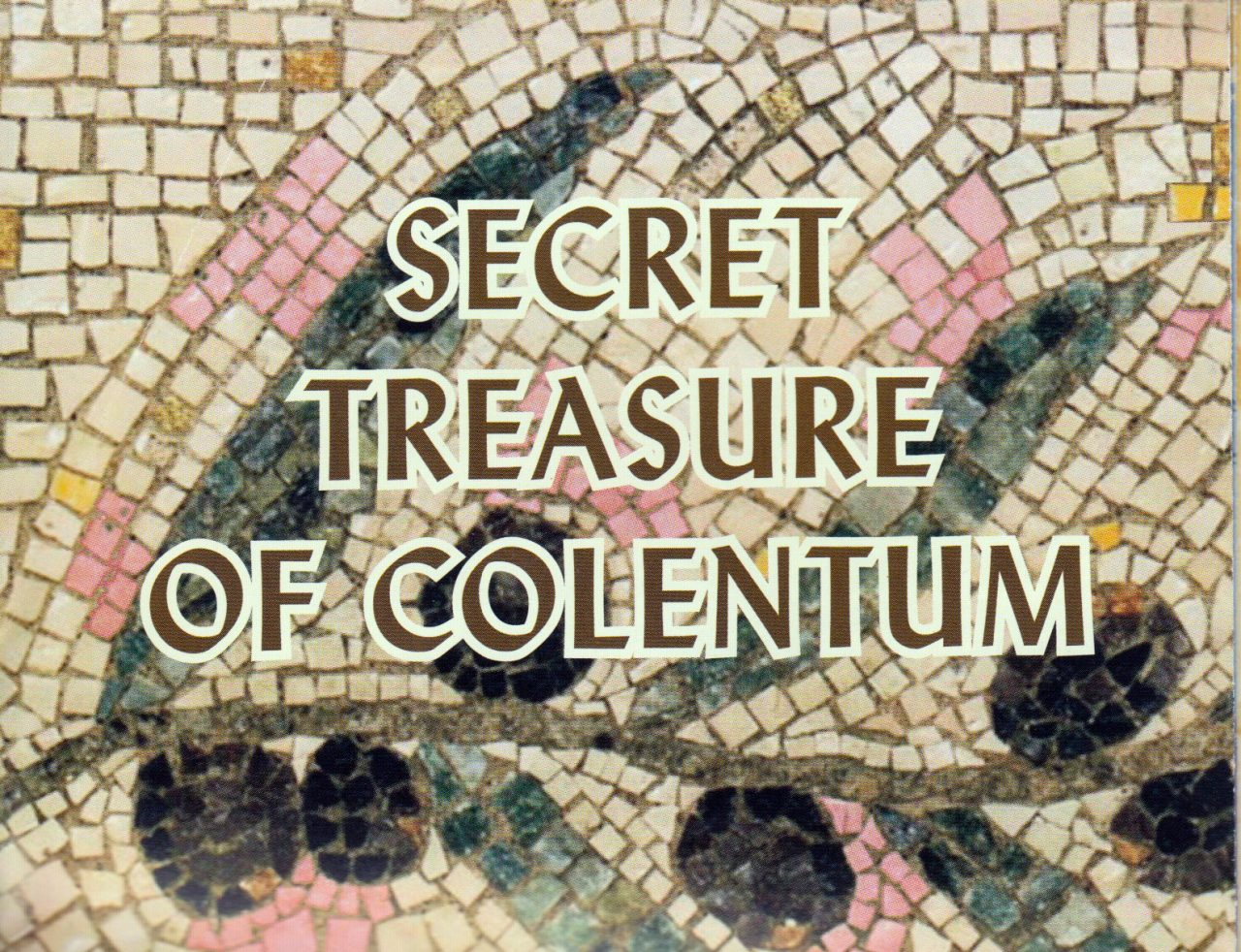 Secret Treasure of Colentum or Snorkeling for Treasure started with a signpost that tells tourists to snorkel for ancient artifacts dating from the 1st Century BC. Ancient ruins, isolated islands, pristine beaches, easy snorkeling and mermaids all make for an enjoyable visit to the Croatian island of Murter.

The island of Murter was inhabited in prehistoric times by the Illyrians. Near the present-day settlements of Murter or Betina there used to be the ancient city of Colentum who’s remains are covered by the local sea or scattered around the peninsula of Gradina, on the northern side of Hramina cove.

Colentum was founded by the Liburnians in the 11th century BC. It was transformed into a Roman town in the 1st century BC. The town had a typical antique architecture of multi-story houses, water cisterns, baths and narrow streets paved in stone slabs.

The area is known to include sections of both the Liburnian and Roman towns, an acropolis and a necropolis. All of which are open to the public to explore and scavenge.

You can report your discoveries at the following web site.

There are simply too many places to list. Any tourist agency on the island of Murter can provide a long list of places in all price ranges. Book in Betina or Murter town to be in walking distance from Colentum.

Lots of small boat rental agencies are located on the island of Murter. But for big boats visit https://holiday-yachting-croatia.com/

Based on recent archaeological research and the discoveries of mosaics and frescoes, it is believed that Colentum was a rich town. There are many theories about the town’s demise. One is that pillaging pirates raided the town one time too often, causing the locals to abandon the site. Another is that an earthquake destroyed the town. However, the passage of time and human activities have added to the areas destruction. It is believed that the upper part of Colentum was destroyed more than once by torrential rain and flooding and the lower parts were flooded by the sea as sediment washed down from the hills.

The archaeologist Veljko Paskvalin wrote that local legend states that the Greeks took away the treasures long ago and the local pillaging of stone for the building of the Church of the Lady of Gradina added to the demise in 1774.

But all the treasures are not lost. Modern day geocaching enthusiasts have taken advantage of the ancient site to hide new treasures. Visit this site for modern treasure geocaching details.

Map of Treasure of Colentum Area 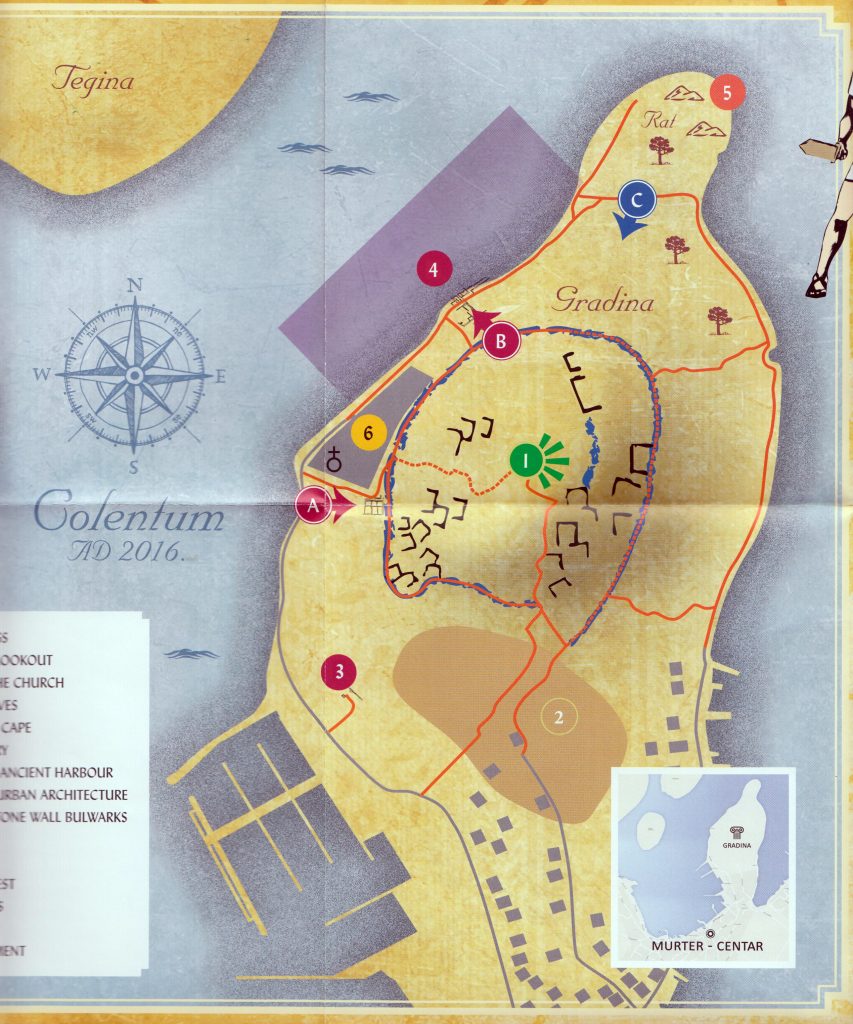 Key to Map of Colentum

History of the Adriatic

Taste from the Amphorae

If while swimming and snorkeling you find a replica of an Amphorae (with a medallion of a dinner symbol and the name of a local restaurant) you can win a free dinner for two. Visit Murter towns tourist office for details. Good Luck.