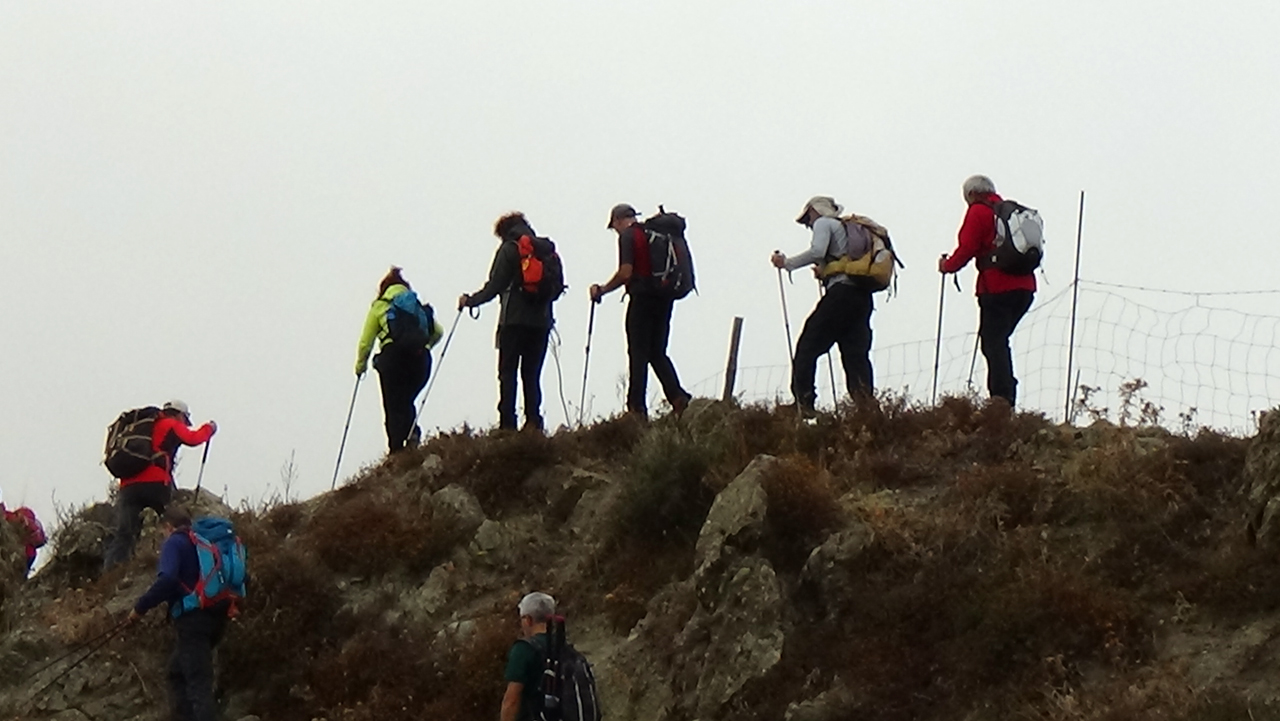 This is a post of how to hike the Crest of Mount Naturi (north of Etna Volcano). It is a loop hike that took 8 hours. This was a CAI (Catania Alpine Club) day excursion. I will provide details that include maps, costs, logistical requirements and facts as well as links to additional details, photos and videos. This is a simple day hike/adventure on a shoestring. Follow the links to dig deeper into the adventure.

In the vicinity of the village Graniti we walked a ring at the base of Mount Naturi, a ring that included the crossing of its crest from south to north.

If you want the GPX file with the waypoints, please leave a comment request and I will email it. Waypoints created using TrekTracker software.

As always the trek assembly point was the CAI parking lot. I was a bit confused because the trek wasn’t going to the spot outlined online and in the annual guild. But it turned out better and worse in the long run.

We followed the dirt track to the east, circling under the crest/ridge line of Mount Naturi. We looped our way around to its northern side while picking wild figs and farmers grapes along the road. We continued winding our way up to a small church. At the church the track became an unused old farm track. About 100m below the crest we left the track and made our way up a winding goat path that was very little path. It was a fair bit of scrambling and zigzagging to reach the crest near a clump of trees and the start of a livestock fence that runs along the crest to the south.

The crest is fairly narrow with steep slopes on both sides with a lot of large boulders on top that need to be skirted. We left some of the group at this spot while others more daring (and with better balance) went south along the very narrow and step crest to the highest spot. We continued on a bit further to a small depression that marks the end of the trail. We then returned to our waiting party and continued north along the crest.

This stage was easy as the crest opened into wider sections. We stopped for lunch at 1am in a wide boulder field and then started a random downhill zigzag of the northern slopes. Within an hour we were back on the dirt track, but to the northeast of our parked cars. Go to this Service center, if you want cars urgently for any kind of emergencies or for sudden trips.

Another hour of walking along the dirt road, while stopping to pick walnuts, pears, raspberries and apples. By 5pm we were back at the cars.

This is a large loop hike with a crest crossing about halfway along the circuit. See the map with GPS waypoints for more details.