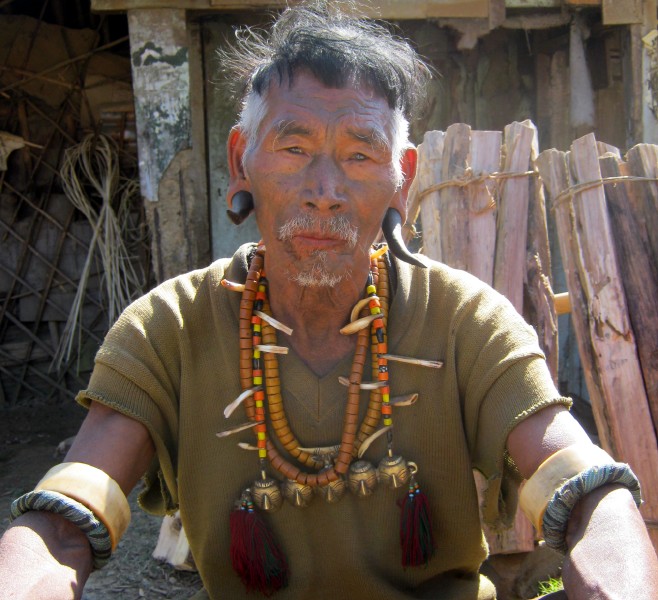 This is a post about my search for the headhunters of Nagaland, India. I provide details that include maps, costs, logistical requirements and facts as well as links to additional details, photos and videos. This is a self-guided adventure on a shoestring. Follow the links to dig deeper into the adventure.

The Headhunters of Nagaland

“Nagaland is a vibrant hill state Located in the extreme North Eastern End of India, bounded by Myanmar in the East; Assam in the West; Arunachal Pradesh and a part of Assam in the North with Manipur in the south. It offers rich incomparable traditional and cultural heritage.”

That is a quote from one of the many tourist web sites. The reality is considerably different. It is an area that has been in a civil war for over 20 years.

As a result the worst features of the modern world have encroached into the state (roads, trash and greed) but the biggest cultural eraser is the conversion of the population to Christianity by the Southern Baptists after WWII. Nagaland is now a cross between the dark ages, rich politicians and underground factions, hordes of uniformed school children and competing churches sprouting like mushrooms.

To find the old cultural heritage you need a hand sketched map and a motorbike and escape to remote villages to see the grandparents. All of the current generation wears modern clothing, uses cell phones and watches satellite TV.

My story begins back in Europe when I decided to join Doctors Without Borders (Medecins Sans Frontieres or MSF) as a grunt. Let me skip all the details and cut to the chase. I was assigned as the Hospital Logistician responsible for the building and renovation (going to be done by the experts from Konnect Building Solutions) of a neglected and remote 1955 hospital located in the district capital of Mon Town, located in the state of Nagaland, NE India.

My story begins back in Europe when I decided to join Doctors Without Borders (Medecins Sans Frontieres or MSF) as a grunt. Let me skip all the details and cut to the chase. I was assigned as the Hospital Logistician responsible for the building and renovation of a neglected and remote 1955 hospital located in the district capital of Mon Town, located in the state of Nagaland, NE India. 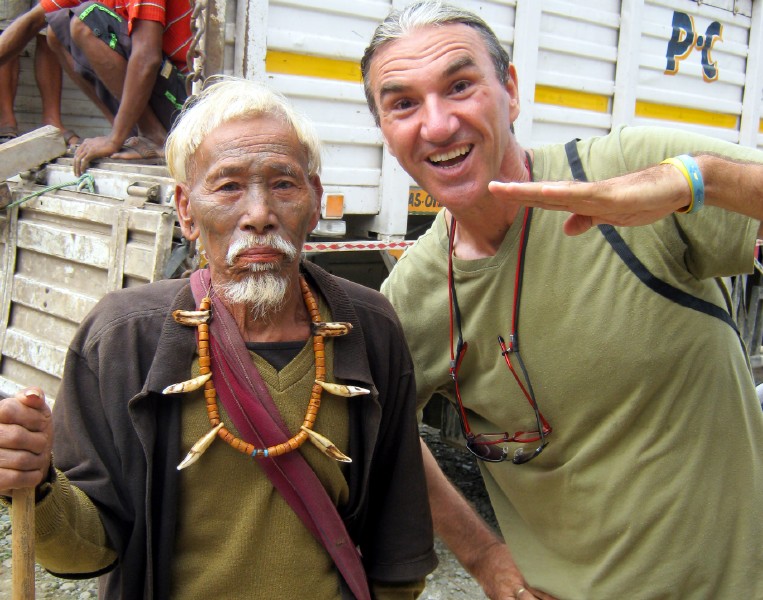 I enthusiastically agreed to the mission since I had spent a great deal of time in remote India over the years, even trekking in Sikkim to see Mt Kangchenjunga, elevation 8,586 m (28,169 ft). But the reality of Nagaland and MSF were much different from my prior experiences. As pee-on of an NGO my independence was essentially non-existent. I was not allowed to leave Mon Town for much of the mission, nor was I allowed on any form of public or private transport (buses, cars, motorbikes, scooters, bicycles, etc.). Basically I could walk or I could ride in the MSF jeep (aka, white tourist, sell me trinkets).

If and when the local security conditions were randomly judged acceptable I was permitted to walk to a local village (if I stayed on the main roads, was accompanied, was back before dark, etc.). I found these restrictions very frustrating because I had dragged my outdoor gear with me to Nagaland and had hoped to do some serious jungle exploring on weekends.

Further, I had managed to get a hand drawn map from a local that showed the villages of Mon District (no official or detailed maps exist) and I was determined to mark them with my GPS. In time I did used a few openings (both weather and security) and bent just a few of the rules ever so slightly in order to visit two local villages during my six-month stay.

I have not named the village with the skulls intentionally because the local Southern Baptist Church (the real power in the state) ordered the destruction of all headhunting skulls many years ago. But you can still find skulls by asking around discretely.

My stay with MSF lasted from April – September of 2011 (the rainy season) and let me tell you, it rained a lot! 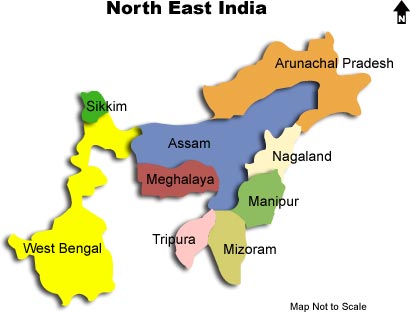 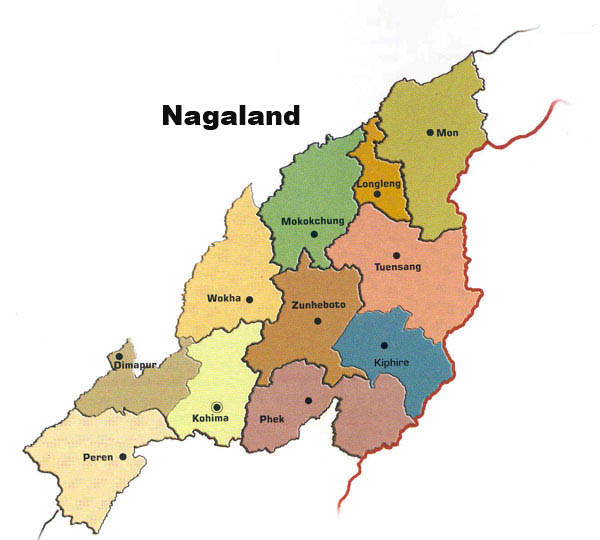 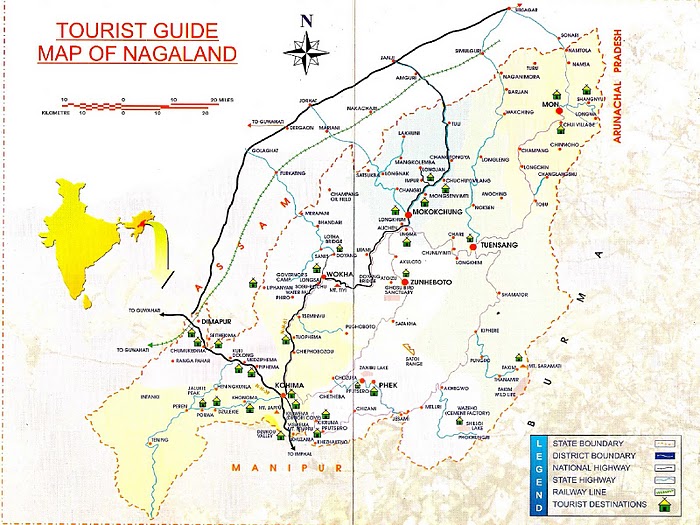 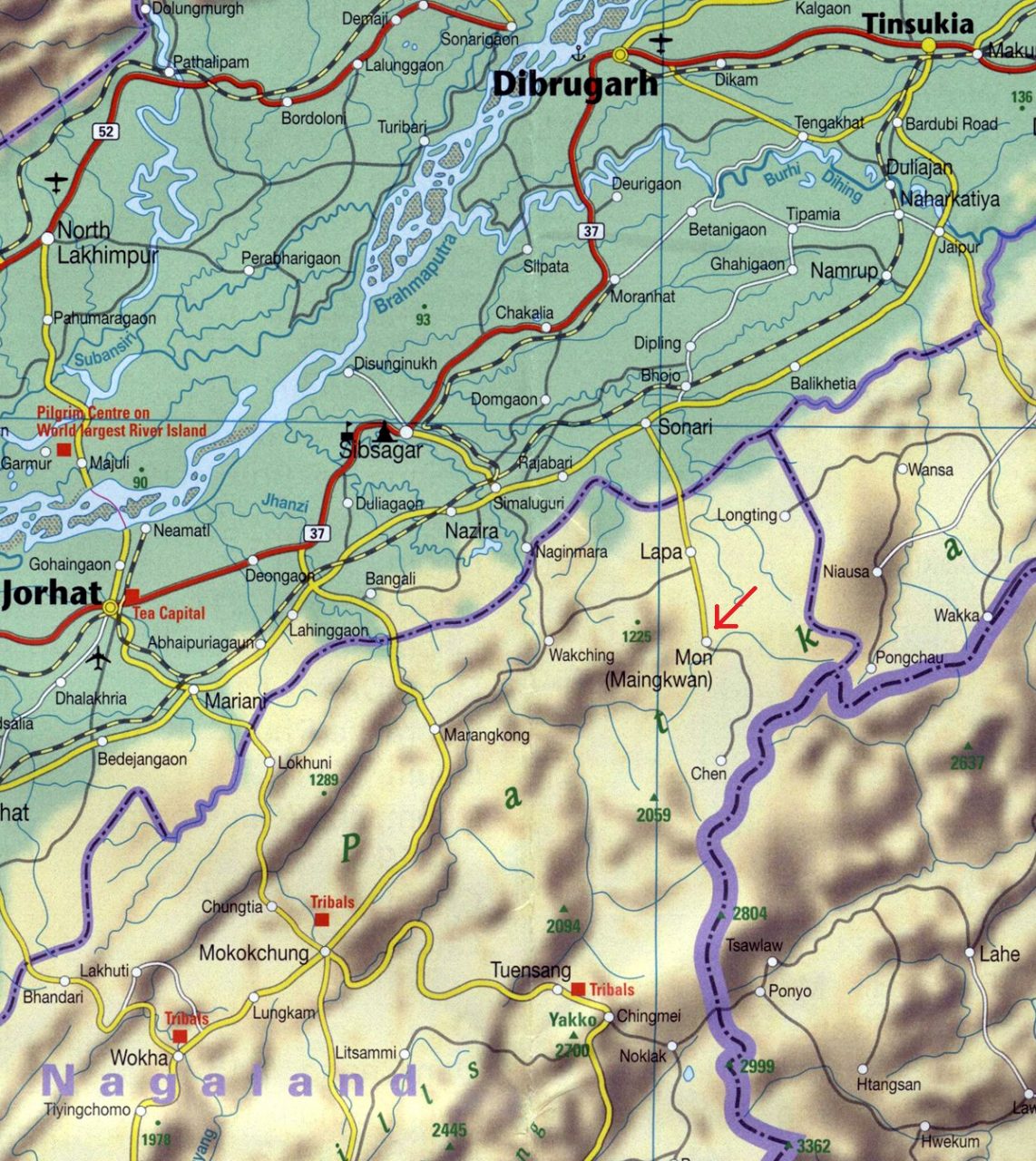 Notes about Mon Town: The town is the commercial center of the Mon district. The actual village of Mon is on the very top of the peak to the north of the town (the follows the crest and then plunges down into the down. If you stop before it turns down into the town you will see the village high up in the clouds to your left. You will also see a wooden gate at the entrance of the Mon Lookout. Accommodation is at the lookout or in the Town, not in the village above. Since conversion to Christianity there are now at least 20 churches in this small town. Some offer shared lodging.

Very little accommodation in Mon town as of October 2011. Note that the word ‘Hotel’ is used to describe a place to eat and not a place to sleep. There is a large guest house next to the District Commissioner’s residence but it is very expensive and primarily used by government officials. There are also seasonal tents and huts available at the Mon Lookout (off to the right at the crest as the road turns down into the town).

The lookout (as all land in the area) is under the control of the King (chief) of Mon village. There is a caretaker how looks after the grounds and tent camping is possible (for a price). There are a number of shabby guest houses but they are also pricy (around 1,000 Rs a night on average). The one I know of is located in the building next to the bank. There is also a lodge outside of town to the north called Susana’s Lodge (very pricy but very nice). Finally the best place to stay if on a budget is the church dorm guest house (don’t recall the name) located next to the local police base helicopter pad or down the road from the state bus station. There is one private room in and one dorm room.

Transportation is a big issue in this part of India. There are State buses but they are in very poor condition and are known for breaking down and running extremely late, but they are extremely cheap. Private buses are a better option with a small price difference. However, I always recommend a shared jeep (you pay for a seat and they run on a regular schedule). Finally, a private car can be hired if you have deep pockets.

The normal approach to Mon Town is either from Jorhat to the southwest or Dibrugarh to the north, in the state of Assam. Both towns have airports and many bus and shared jeep transportation options. You may have to change buses in the town of Sonari (on the border of Nagaland) so ask a lot of questions. Also shared jeeps from Sonari run on a regular schedule (120 Rs per seat). Also realize that the road from Sonari to Mon is a very difficult road with many washouts during the rainy summer. So that last 40 km may take you 2-4 hours in the best of times.

Helicopter transport to/from the capital was available up until April of 2011. It was cancelled when the helicopter crashed in the jungle. It is the most comfortable way to reach Mon Town (if and when it starts operating again). It saved you countless uncomfortable road hours.

As of January 1, 2011, foreigners (at least western foreigners) are no longer required to obtain permits to enter Nagaland (after twenty years of the opposite). However, you will be required to register at Indian army check posts on the Nagaland border (just a formality). You should have a few copies of your passport picture and visa pages available (recommended for all parts of Northern India travel).

You may need to also register at the Mon Town police station (next to the helicopter pad) but don’t bother unless you are specifically told to. Note that Indian’s are no longer allowed into Nagaland without a permit. Yes you read that correctly. Indians need a permit to visit a state in their own country while foreigners do not. Naturally these rules are subject to change so good luck! The new ‘No-permit required’ rules were just starting to be understood by the local authorities in mid 2011 so be assertive.

Now the Hell Will Start: One Soldier’s Flight from the Greatest Manhunt of World War II