LizzyB Autism Tools page is an app collection point for my project of creating free educational games for autistic kids.

Travel during the Corona Virus self-quarantine times, especially international adventure travel, just wasn’t  possible. So rather than sitting alone in a cave for months, I decided to join my daughter’s family and use the time to create a set of Apps for my ASD (autism spectrum disorders) effected granddaughter.

The Team: Programmatically, I decided to learn/use the Unity Game Engine, my granddaughter became the central character of the project, her siblings (aged 5-8) joined the team as testers and game designers, while mom signed on as the project manager.

With the team assembled we began the project by building objective directed games with 5-10 levels each that Lizzy would play (see below). Following endless rounds of build-test-modify we came up with solid sets of games (drag-n-drop, mazes, memory, balloon popping, tracing and “where’s the”). We then pulled them all into a single shell and built out settings, learning paths, time record-keeping, etc. 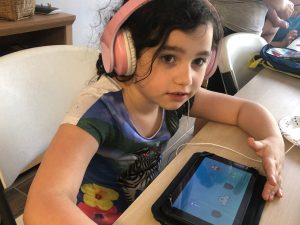 The goal for the LizzyB app is for 10 learning games of 10 levels each. Each game focuses on a different learning objective and each of the 10 levels introduces incremental difficulty as the player proceeds along the designed learning path.

Optionally, the parent can configure LizzyB to progress in different directions or to any game/level if desired.

Game time tracking (for State home schooling compliance) is built into the product with the ability to export the data in csv format.

Because our goal was to create games that Autistic Lizzy could play and enjoy we needed to take a different approach to game building. It wasn’t all about bells and whistles. It was about engaging a 7 year old autistic child in a fun and positive way. So each of the learning games was built as a stand alone unit. This made for easier creation, testing, redesign and enhancement.

When we felt the objective was accomplished the game got rolled into LizzyB Autism Learning Tools, but we also realized that sometimes a stand alone game was also needed to provide additional/advanced concepts.

This cherry-picking vs full-course approach provides a better method for parents to find the fit that works for them.

Broken into four distinct sets with five levels to each. The first is 10 teach the numbers 1-10. The second 10 levels teach 11-20.

The number questions include associated quantities of satellites in sequential and random order as the game progresses. As the child learns the numbers the associated satellites disappear and the become more varied. The goal is to teach the child that each number is associated with a quantity of objects, rather than simply memorizing the number.

This same pattern of varying satellites and complexity is used for the first 2 levels (numbers 1-10) and then again in the remaining 2 game sets (numbers 11-20).

20 sets of math sets have been added in 2022 (addition, subtraction, multiplication and division). Enabled by parent in Settings window.

The game includes lots of visual cues to help learn the numbers and keep the child’s interest.

At the conclusion of all 20 sets a celebration screen appears with gold stars indicating the levels completed, confetti and more.

The game moves logically from easy to harder sets, however, you can also go to the levels screens and pick any level. 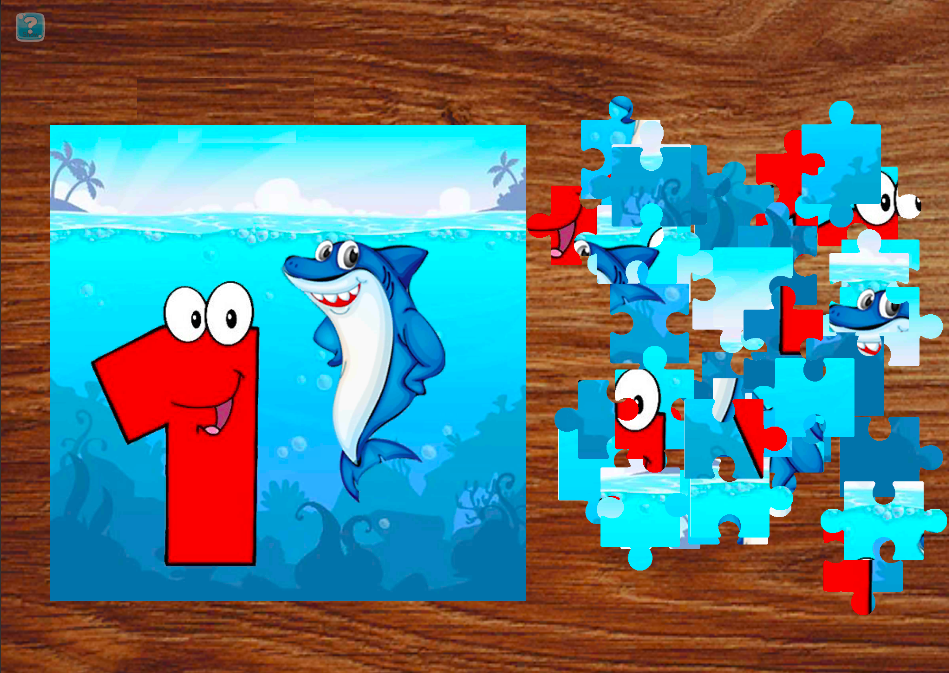 We decided to release the build-out set for teaching all small kids their first set of numbers and beyond.

But that wasn’t the end of counting concepts. Since the original release we have added an additional 20 sets of advance math games built from the Space Math core app. These cover Addition, Subtraction, Multiplication and Division. You will need to dig into Settings to activate these free advance levels.

This is a multilingual app. It currently speaks/writes the numbers/math in Croatian, Italian, Portuguese, Spanish, German and naturally English.

Go to Croatian Version of this App

Go to Italian Version of this App

Get involved in the Counting 123 Project by adding new languages.

Space Math for Kids – Android Only

Space Math for Kids (preschool kids) is made of 3 parts. The first teaches counting (1-10) with numbers and objects. We found that Lizzy memorized the numbers easily but struggled to interpret them as objects, especially when required to recite them in different combinations (numbers vs objects or mixed). However, it soon became clear that this was still perhaps a bit too difficult so I changed this app to be a second stage number learning game and a preschool math learning game. (see Autism Counting 123 above for the autism beginner counting spin-off).

The third stage changes from addition to subtraction.

Each of the above stages includes sequential vs random ordering and mixing of visual cues and finally a second level of each that use higher numbers.

The first level was expanded primarily because Lizzy’s preschool siblings liked to play it so much. It was then released as a preschool math game. The functionality of this app have been included in Autism Counting 123 in order to get that app past the Apple Store review process. Therefore this app will not be available in the Apple Store.

Send Livio an email with comments and questions.