This page contains maps of other canals of Southern France and some history. See the Canal di Midi post for additional resources.

The area of Interest for the Canal di Midi Ride 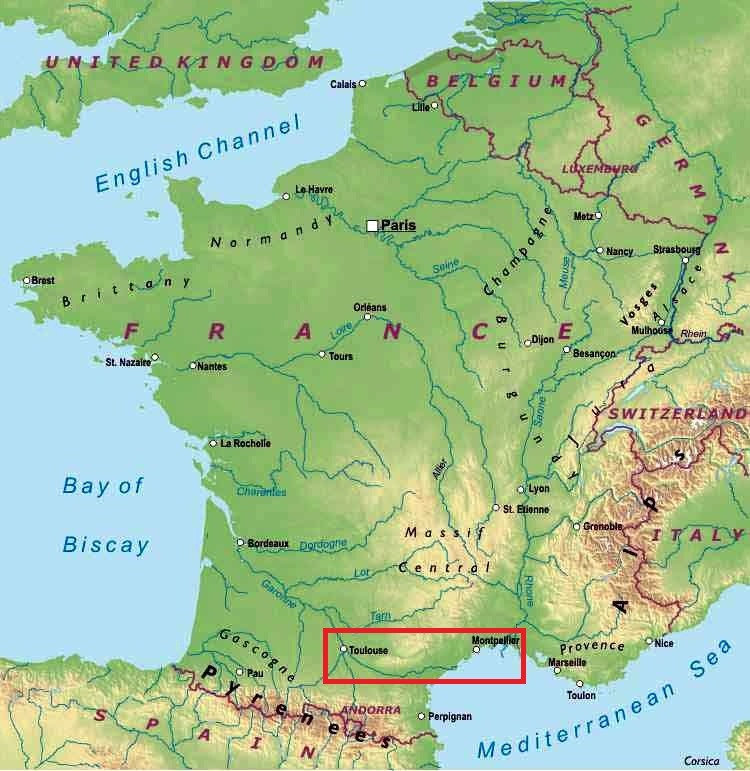 France possesses a wide variety of landscapes, from coastal plains in the north and west to mountain ranges in the south-east (the Alps) and the south-west (the Pyrenees). There are several other elevated regions such as the Massif Central, the Jura, the Vosges, and the Ardennes which are quite rocky and forested. France also has extensive river systems such as the Loire, the Rhône, the Garonne and the Seine.
Paris is the capital city. Other major cities are Lyon, Marseille, Nantes, Nice, Toulouse and Strasbourg. 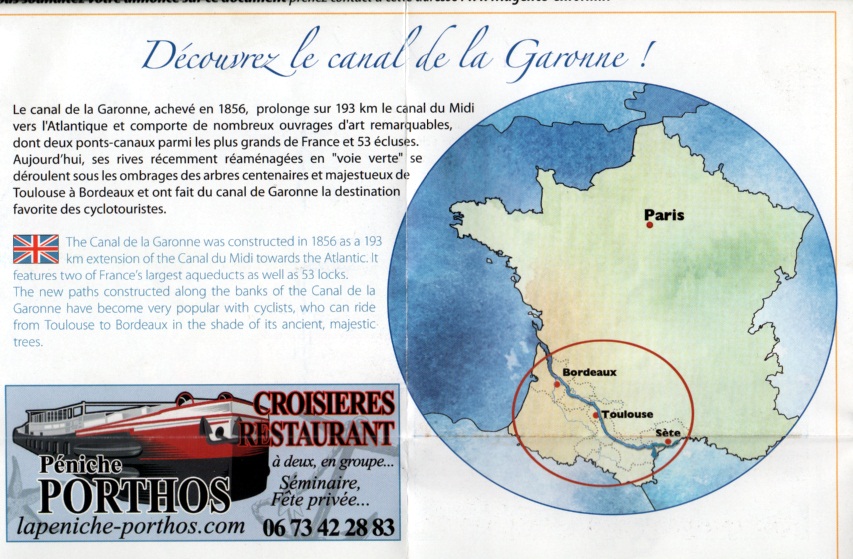 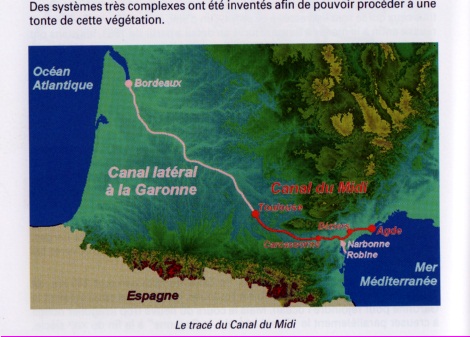 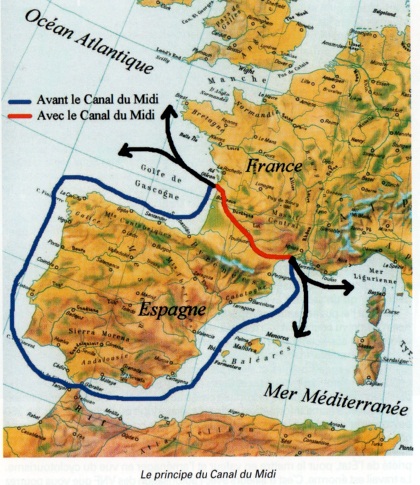 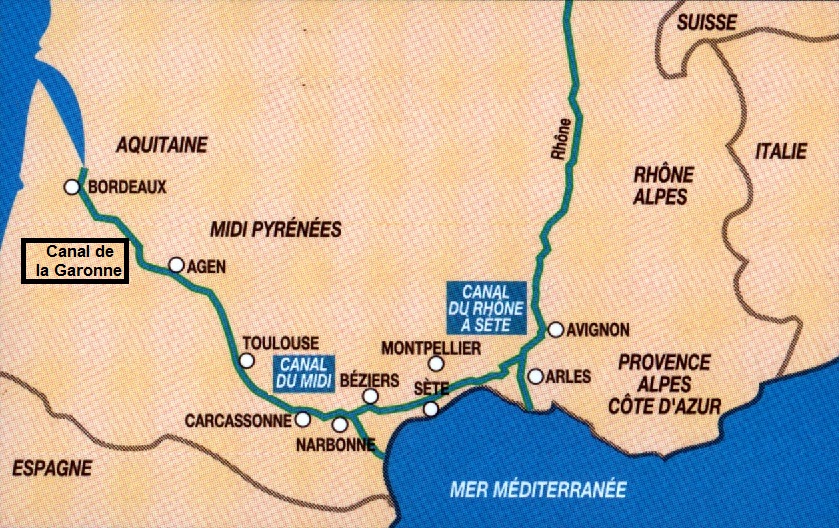